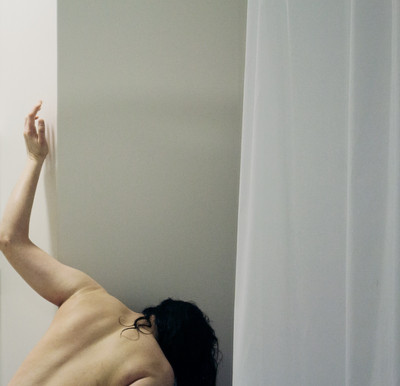 To Live in the Flicker by Half Formed Things

Half Formed Things is a 4 piece “cinematic pop” group out of Edinburgh and possibly the most misleadingly named band I’ve heard in years. There is almost nothing half formed in their effortless blending of styles, wide dynamic range and meticulous, organic and beautiful production. In 2015 they released an outstanding EP that only suffered from being way too short, but now they’ve returned with their debut full length that not only expands upon the musical ideas presented on their debut, but also finds them wandering into some bold new directions.

To Live in the Flicker doesn’t play out as a series of songs, but more like one cohesive piece of music. A series of melancholic tales that are simultaneously unconnected but interwoven. From the plodding balladry of opening track ‘The Flicker’ to the delicate yet climactic ‘The Calm’, the band deftly combines their disparate sounds into an elaborate journey bookended by the church bells that I assume were incidentally recorded durning the session.

Just like their debut EP, the full length was completely self produced in a shared apartment and also like the debut the sound quality is top notch. The upbeat ‘February’ positively crackles with life. Driven by piano and drums with subtle layers of guitar and percussion the song briskly moves towards a climax that quickly shifts to a mildly distorted drum breakdown that sounds like it was recorded in a subway station before crashing into a chaotic finale. The effect is stunning but not disjointed or alarming.

At the heart of Half Formed Things is their beautiful vocal harmonies and the subtle complexity of the compositions behind them. From delicate interludes like ‘To Walk Freely’ and ‘April’ to more complex pieces and dynamic pieces like the rousing and thunderous ‘Spirit and Dust’, the vocals are always beautiful and dripping with sincerity and emotion. The standout track for me personally is the relatively quiet ‘Pendulum’. With the lead vocals sung in cracking, whispery range and a choral-esque background vocal it’s all held together by subtle layers of percussion and scratchy violins. It’s a truly beautiful piece of music and serves as a nice reprieve from some of the louder parts.

It’s really difficult to describe Half Formed Things’ music. It’s beautiful, heartfelt, bombastic, deceptively complex, carefully orchestrated yet still subtly chaotic. They are incredibly unique and experimental without sounding too avant-garde to be alienating. It’s a rare band that I can recommend to fans of pretty much any genre but this one of them.