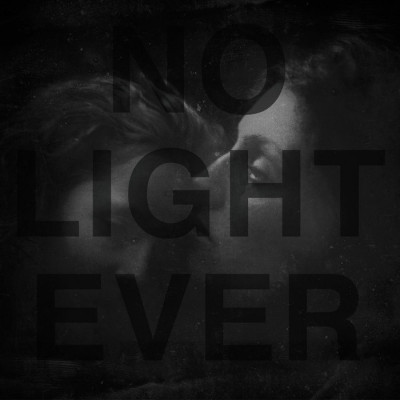 No Light Ever by Glacier

I have to confess that No Light Ever was one of my most anticipated releases of 2019 and it has been in constant rotation for the past two months, curiously two of the most difficult months of my life. Undoubtedly, music helps one heal. Music is therapy. Music helps to overcome pain. Music is life.

There are special albums and, even though it has just been released, No Light Ever has played an extremely important role in my life. It came at the right time and since then has been by my side helping me overcome perhaps the most complicated period. I have to thank Glacier immensely for this.

In 2017, Glacier released Though Your Sins Be as Scarlet, They Shall Be White as Snow; Though They Be Red Like Crimson, They Shall Be as Wool. I remember being blown away by the massiveness of its two songs. The band sent me a copy of the record as a present and to this day I treasure it. If you are not familiar with that record, you can read about it here. I highly recommend it.

As I mentioned before, I was really looking forward to their newest effort so, it came as no surprise that Glacier delivered four crushingly slow and monumentally heavy post-metal passages, topping everything they had done before. However, it is not fair to leave it at just that. It is progressive, melodic, intelligent and does a great job of picking up where they had left off in 2017. The Godspeed-esque ‘O World! I Remain No Longer Here’ is the perfect album opener and a perfect demonstration of continuation of their work.

The intro to ‘The Bugles Blow, Fanned by Hysteria’, my personal favorite track, sounds like it could be on the soundtrack of a dark Western movie. Loneliness and desolate landscapes come immediately to mind. There are so many twists and turns, not one moment of monotony and constant pushing of the boundaries.

With ‘We Glut Our Souls On The Accursed’ further experimentation and immediacy in their sound is noticeable. Immediacy is something not too common this or their previous effort. It is a different and much-welcomed approach and leads well into the closer ‘And We Are Damned Amid Noble Sound’. Glacier play much more to their strengths and are much more at ease with their longer songs. However, it’s great to see them push the boundaries and leave their comfort zone.

No Light Ever is an extremely engaging and interesting album with lots to unveil. There’s no heaviness for the sake of heaviness. There’s no boring repetition of riffs for 10 plus minutes. There is a lot of replay value. At first, it’s not going to seem as dark as it actually is but the more you listen to it, the darker it gets.

Glacier was clearly on a mission to show things are done, how to sound heavy, dynamic and how to create something that is their own, with their own identity. Do yourself a favour and listen to this album.