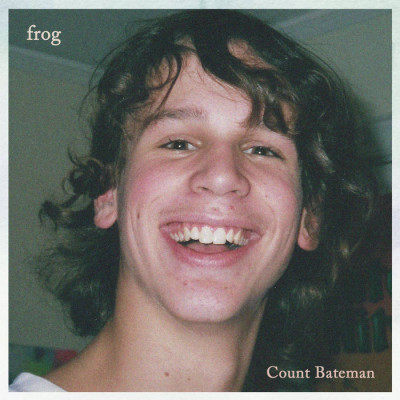 We’ve seen/heard Frog before. At the time of their previous album, they were a duo from Queens; Danny Bateman and his buddy Tom, who decided to be closer to a real queen, as he moved to London. So for Count Bateman, it is only one frog left, Danny aka the count who himself decided to move to LA.

In such circumstances, you would expect some serious changes… Well, yes and no. Bateman is still in the good old, soft rock, Americana mode with a touch of Will Oldham, sadly late David Berman quirkiness mode. But this time around, there’s less Queens and more LA mode – the good old early to mid-Seventies LA, the whole Asylum Records crowd, but seen through the eyes of the likes of Jonathan Richman or say Meat Puppets’ Kirkwood brothers.

The approach (Count) Bateman takes here is the most evident on the tracks like ‘Taste’ or ‘Hartsdale Hotbox’ – take the seemingly familiar LA soft rock route and then throw in enough melodic and lyrical changes to come up with something quite personal, and well, quite refreshing.

It seems Bateman went through the process of DIY: “I bought a 1979 MX5050 tape machine from a guy in the Antlers when he moved to LA. Then Tom moved to London and I’m left jobless, drummerless, antlerless. I had to learn how to use tape machines, play drums, harmonica…” The trick here lies in the fact that he is not a flashy player on any of those but exhibits an acumen for striking the exact note to transfer the message he exactly intended, turning all the middles into real highs.

His lyrics here actually seem to be a transfer of the cover image – a guy on the edge of exiting his teen years with all the wonder and open perception that sees things in a very personal light. And what we end up with is Count Bateman, an album that collects all these seemingly average parts and turns them into something quite special.