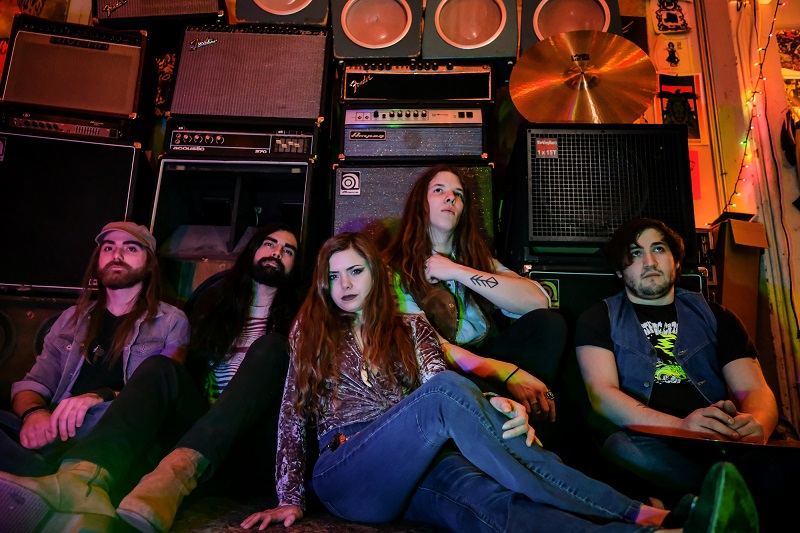 Chicago’s psychedelic rock quintet, Dead Feathers, are set to release their new album All Is Lost on August 23rd via Ripple Music. The album is made up of ten tracks, two of which are exclusive to CD (track 8 titled ‘Night Child’ and track 10 titled ‘Found Caravan’).

Fronted by the extremely talented Marissa Allen, whose vocals summon the spirit of Inga Rumpf and Linda Hoyle, Dead Feathers are influenced by rock bands of the 60s and 70s and the modern underground psych of today. Combining soulful and emotional songwriting with obscene levels of fuzz and reverb, overflowing bass lines and booming drums, Dead Feathers craft a mood with deft levels of artistry and showmanship.

Today we have the pleasure of premiering ‘Cordova’, the second single off of their upcoming album. As for the inspiration behind this track, Tony Wold, guitarist for the band, explains, “The inspiration for ‘Cordova’ is rooted in Federico Garcia Lorcas Poem, Rider’s Song, in which he seemingly predicted his own death. He lived unabashedly at a time when not many accepted him or his lifestyle. We want to honour him and his bravery with ‘Cordova’.”

Check out this amazing track here: