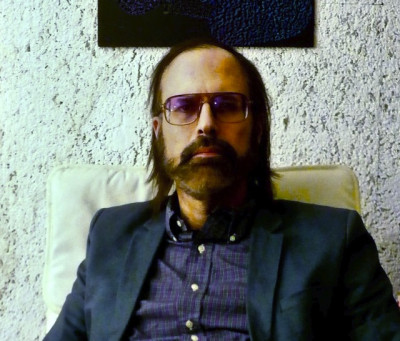 On the week when Purple Mountains were due to begin their first North American tour, it is with deep sadness to hear of the passing of singer/songwriter, and poet David Berman at the age of 52. At the time of writing the cause of death hasn’t been confirmed. Purple Mountains marked his return from a ten-year absence from the public-eye with a self-titled album brimming with brutal honesty and a poetic ear, laying bare how the last ten years had treated him. Backed by Indie folk rock band Woods, who expertly provide the brushstrokes for arguably a career best. It has rightly been met with high accolades, including a full five-star review in the Guardian, as well as receiving similar praise by music magazines such as Mojo.

David Berman formed Silver Jews in 1989 with Stephen Malkmus and drummer Bob Nastanovich whom both went on to form Pavement. David carried on and became the one constant member as Silver Jews released six albums of Indie, Country Rock until 2008 with the release of Lookout Mountain, Lookout Sea which turned out to be their swan song. They never were a touring band until the release of the excellent Tanglewood Numbers in 2005. Silver Jews were part of (though not necessarily a scene in the strictest sense) a lo-fi Americana resurgence in the 90’s as artists of such calibre of Will Oldham, Bill Callahan (Smog), and The Handsome Family, all acutely held up the lens to a disparate America.

But what set Silver Jews and Purple Mountains fine song-writing onto a distinctive higher plane is David Berman’s lyrics; sardonic, wry, witty, and an admiringly heart on sleeve honesty. His writing contains the whole array of emotions and humanity, from the hilariously comic to a dark profundity, at times all within a couple of lines. He finely captured the many changes happening within himself and of his surroundings. The word genius does often be loosely applied to a lot lesser talents, but David Berman’s exceptional writing will leave a legacy of being regarded as one of the finest songwriters of his generation.

In a world which politically, currently seems hell-bent on losing its empathy and rationality, the passing of a lyricist and writer of such human transcendence as David Berman will leave a big hole. His loss has seen an outpouring of tributes from fellow artists like Kurt Vile, and The National’s Aaron Dessner among others, expressing his talent, inspiration, and the terrible loss. His death, at a time when his return with Purple Mountains promised a successful new chapter, only heightens the deep sense of sadness. He will be greatly missed.