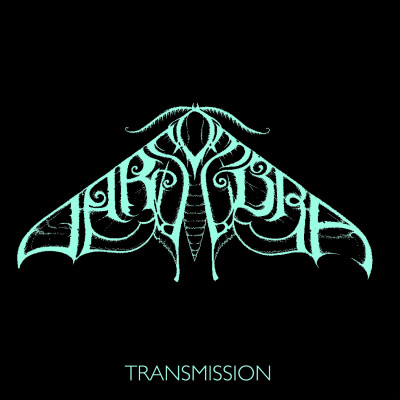 It’s been quite some time – thirteen long years in fact – since I stumbled upon Darsombra’s debut album Ecdysis in a local record shop. The recommendation sounded intriguing; something that would be challenging and expand my musical horizons. That debut album was stunning. You could tell before reading any linear notes that this was one person’s singular vision of demented, pitch black drone. At times that debut record was genuinely scary. It was an involving, deep dive sort of listen. It was not for the faint of heart.

As all projects do – rightly so – Darsombra has evolved. Not least by the fact that Darsombra is no longer the solo project of vocalist and guitarist Brian Daniloski as he was joined around 2010 by vocalist and synthesiser compadre Ann Everton. Their albums have gradually investigated songs of greater breadth, depth and, most notably, length. As such, it should come as no surprise to fans of the duo that the next logical step was for them to record and release a single-track LP. And in 2019, that has come to fruition in the guise of Transmission, one song just shy of 42-minutes.

The duo have toured relentlessly for much of Darsombra’s lifespan, and with such mind-altering music that taps into numerous genres, the band have enjoyed critical acclaim in the underground, and have been released by some of the finest labels around: At A Loss, Public Guilt, Exile On Mainstream, Translation Loss, and Noise Bombing all have sported Darsombra on their roster at one time or another. However, for Transmission, the duo is going it alone, self-releasing the album on LP, CD and cassette. I believed the release date to be in a week’s time or so, but it appears to have surfaced on all major streaming services now – so here’s the review!

Transmission is a trip: both a journey across many different sounds, both old and new for the band, and because – overall – it’s a really trippy vibe Daniloski and Everton create across its lengthy running time. I think it’s fair to say that the duo would insist that the best way to experience Darsombra would be in the live setting, where their music melds and merges with their audio-visual show to invoke a real sense of sonic transcendence. However, what is impressive is, unlike many of their contemporaries, the duo manages to transfer a great deal of that elevated, nigh-on spiritual plain they conjure onto their recordings.

This track/album is no different. It’s infused with a well of emotion and both members performances are really on point. What marks Transmission out from their discography is that there’s a sense of true mastery over their subject. Darsombra have always been impressive, with no doubt of the talents involved, but it simply feels like this is a step up in terms of songwriting. Despite being three years since Polyvision (and three years is still a decent amount of time for forty minutes of music), the band have stated that Transmission is the culmination of five years of songwriting focus and experiment. Don’t worry, guys – we can hear it. All that time and effort has paid off.

Transmission is the most fulfilling Darsombra release in their impressive catalogue, and for me, the most affecting one since my first experience with Ecdysis. It’s smooth psychedelic rock, tinged with otherworldly synths and slightly disquieting vocals remind me at times of those bedrock kind of bands like Hawkwind and Magma, but at others like a more chilled, lighter-minded SWANS. It’s intense, moving and unsettling in how profound it all feels. Darsombra came from the dark and at one time was entranced by the abyss, but now the duo have lifted their heads and, smirking at the absurdity of it all, fixed their eyes directly at the bluest sky.  They are still a band of overwhelming dynamic drone – but all the while, sun kissed.