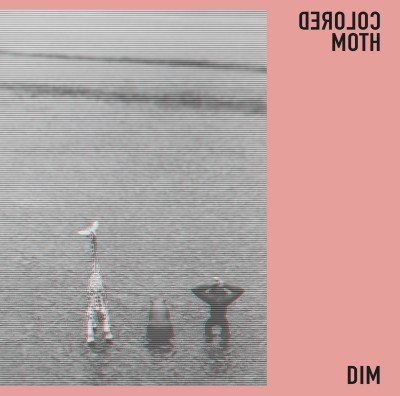 Six years after their formation, Berlin noise-punk trio Colored Moth are releasing their second full-length album, the follow-up to their 2016 debut Fragmenting Tensions. Opener ‘Letter to Aldous’ sounds like a cross between The Jesus Lizard and Future of the Left. Frontman Christoph’s vocals sound eerily reminiscent of Fugazi’s Guy Picciotto on ‘Maelstrom’. The latter influence is also evident on ‘C’, which sounds like a deep cut from the Instrument soundtrack. The chunky, urgent sounding guitars, frenetic drums, and off-kilter bass lines of ‘Whataboutism’ recall Unwound and Scratch Acid. Christoph’s singing sounds like that of Mission of Burma’s Clint Conley on ‘Cognitive Bias’, which is never a bad thing.

The 90s vibe temporarily goes out the window on ‘Del’, which sounds like 80s Texan punks the Dicks with Julia Ruzicka on bass. The rhythm of ‘The Social Darwinist Program’ is very speedy and industrial sounding and should appeal to fans of the much-praised Daughters. ‘A’ and ‘L’ are very sinister interludes that could have been lifted from the soundtrack of a contemporary ‘elevated horror’ movie. ‘Der Blinde Urmacher’ reminded me of Bitch Magnet. ‘Indefinite Hiatus’ features a title that is most likely a reference to Fugazi, vocals that recall Modern Life Is War’s Jeffrey Eaton, guitars that sound like one of the slower songs from the third Pissed Jeans album, and an awesome, sludgey, Melvins-esque opening bass line. ‘M’ features some sci-fi sound effects and what sound like distorted vocals from a loudspeaker. The angular rhythms of 90s favourites Chavez are harnessed on closer ‘H.Useless’.

As the above descriptions probably suggest, DIM is an album that wears its influences on its sleeve. Colored Moth may not fashion sounds as original from their 90s post-hardcore/noise rock antecedents as Gouge Away, from their screamo influences as well as Birds in Row, or deploy their math rock grounding as effectively as Eva Bartok, but that doesn’t matter. The record does not ooze originality, but it is very pleasurable to listen to and a lot of fun. The playing is largely abrasive and the songs sound like they’d go down well in a live setting. The album doesn’t reinvent the wheel, but it seems to be less interested in doing that with it than attaching it to a racer bike and having a bloody good Sunday morning ride-around on it. It’s not contributing anything especially new to a noise-punk scene currently awash with 90s-influenced bands, but it does boast skilful songwriting and musicianship, and that’s what counts.