If you don’t already know, MMMΔ are a dark chamber drone duo from Greece. They are set to release their 11th album on September 13th via Antifrost Records. The new album is titled EGOISMO and they recently released a preview track from that album titled, ‘Awogans’. When I looked up the definition for the word awogans I found that, when translated, it meant arrogance. Fitting since it seems one of the many themes this album is based on. With this new release they continue to create low to the ground reverberating soundscapes using their creative minds and ears.

We thought it would be interesting to find out what has helped shape their sound so we asked them to pick the three albums that have influenced them and their music. These are their picks.

Xenakis‘ bold and monolithic sounds are mirrors into the future. No matter what the source is (in his electro-acoustic works he treats sounds of burning charcoal, jet engines, trains or a violin bow drawn over various objects among others) the end result is a sonic canvas like no other, magnificent, monumental and at times terrifying, like standing right in the eye of the storm or inside an furiously ringing gigantic bell. The fragments of this idiosyncratic universe infiltrate sound production ever since and continue to do so today and his influence is axiomatic at least for ΜΜΜΔ. 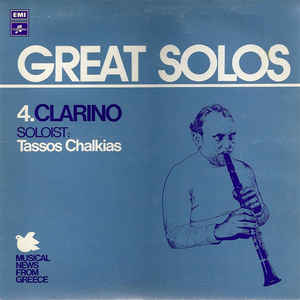 Tassos Chalkias (or Halkias) is a music legend from Epirus in the north of Greece. Perhaps the most prominent folk figure from the area, Chalkias’ clarinet playing resonates on every note the man that he was, a self taught genius that lost his wife and two children during the second world war and although injured himself, he went on fighting in the Greek resistance. Chalkias, together with several other music legends from the broad area of the Mediterranean and the Black sea, is a fundamental influence on both MMMΔ members long before ΜΜΜΔ was first conceived as an idea. 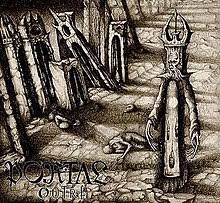 Portal is all that metal should be by now. And if metal was like that today then Portal would have already discovered the next sonic level, patiently waiting for the rest to catch up. Outré is Portal’s second release and without underestimating the rest of their equally exquisite output, it is MMMΔ‘s favorite. It is the point where the band solidifies their “Mythos” in terms of sounds, words and atmosphere. It is an album that made unimaginable promises that were never broken.In a parallel universe Portal’s albums dominate the charts, young children recite their lyrics on the way to school and happy adults whistle in glorious cacophony their massively textured tunes.