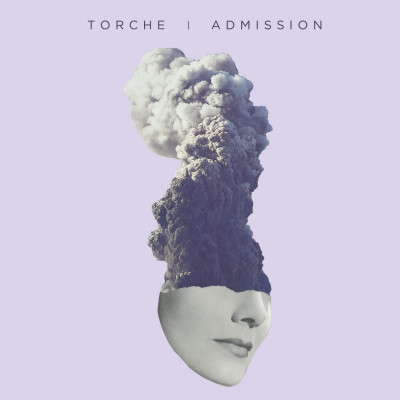 Torche is quite a hard band to describe which makes the job of writing a review a bit more taxing but makes for hellishly good listening. Admission, which is the fifth album from the Florida quartet, has me stumped as how to best introduce the world of juxtapositions it produces. Pummelling doomed rock weighs over cleaner hooks which give it a doubled headed catchiness. Here we see Torche dive to darker places than previous efforts as the band opens itself more than ever and produces another solid album full of a strangely uplifting heaviness.

Maybe it is the use of clear vocals that initially throws your mind into thinking this is somehow doom pop. When you peel away the layers of the title track you find the real influences on the sounds as under the thundering thick bass and guitar there is a sliding, almost soloing ringing guitar which harks back to early shoegaze vibes. This is where we see the bands multiple influences mixing between what they listen to and what they like to play. There are copious hooks here, you can get rocked by the heaviness or taken away on the cleaner guitar. Across the album, as with its body of work, Torche mix these influences beautifully, they also have a great pace to glue it all together.

Opener ‘From Here’ hits you straight away with the trademark booming guitar sound that is thick and heavy whilst the second guitar lurks as it flicks out sounds here and there before exploding into a riff dripping in numerous influences. The rhythm section is as consistent as always and ‘Submission’ allows a focal point for the deep bass as it takes centre stage in the opening sections. ‘Slide’ is the first point where the lighter guitar finally overcomes the sonic assault of its counterpart and it fills out the chorus to a shimmering crescendo but it’s not the only time the band mixes it up.

‘Times Missing’ really slows the pace at the half way mark with its consistent buzz revving like a bandsaw which couldn’t be more in contradiction to the re-emergence of the louder cleaner guitar on the aforementioned lead single ‘Admission’ which follows. The second half of the album contains the mix of heavy, slow and shimmering but it never stumbles. There is an ease to the way Torche play and a consistency to the sound that offers a familiarity even when the music is pushing in different directions which is quite impressive considering this album was written by different members in different parts of the United States.

This unique ability to cast light and shade at the same time is what makes Torche truly unique. It can almost depend on your mood as to what you get from a song as there is darkness or light on which to focus. Of course if you aren’t looking deeply then you can be massaged by the sheer weight and lifted by the happy undertones in the guitar work yet sometimes I just wish that lighter side would burst out more prominently.  Admission flows over you like the result of a summer storm and maybe that is the example I have been searching for, Torche is a humid thunder storm which rains heavy but brings a freshness in the air when it breaks.