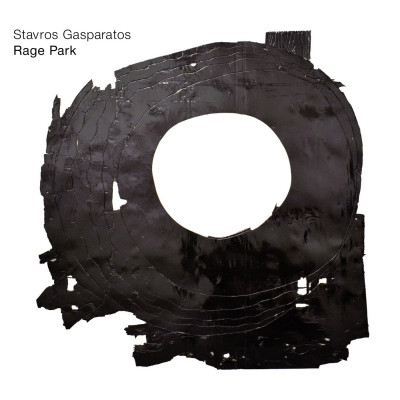 Modern classical is yet another genre term that has been losing the closed boundaries that are associated with a musical genre as such. While such music retains a relatively tight compositional structure, for a while now it has been incorporating elements of other ‘strictly defined’ genres such as post-rock, ambient, jazz… After all, these and other genres have been picking up elements of modern (and not so modern) classical music anyway. One of the artists that have been straddling these boundaries for a while now is the Greek musician/composer Stavros Gasparatos, something that is quite evident on his latest album Rage Park.

The album is a recreation of his ensemble’s performance/installation at the Athens’ Epidaurus Festival. This recreation was recorded live and along with Gasparatos (piano, percussion, electronics), it includes another set of keyboard hands in the form of Panos Tsigos (piano, electronics) and a string trio (cello and two violins). There’s a music video trilogy that goes along with the album itself.

Gasparatos is another among the artists that try to make a constant interplay between the notes themselves and the empty spaces between the notes, something that is probably best expressed in a live performance. If done properly, it can create a very positive tension, and it seems that is what Gasparatos is aiming at here, with understated electronic clicks and bleeps representing the musical glue.

This is best heard/felt in the trilogy part, where Chapter 2 is the one that clearly obliterates the boundaries between musical genres with its quiet elements dominating and Chapter 3 raising the tension level, letting the listeners reach their own release. For the musicians, the release is in the ‘Black Out’, the tracks that follow, while ‘Aftermath’ and ‘Echo’ are exactly what their titles define.

And while the creative tension persists throughout Rage Park, the music, although obviously composed never becomes too cerebral and relies more on the feel of the moment than on virtuosity show-off. One for a cloudy day.