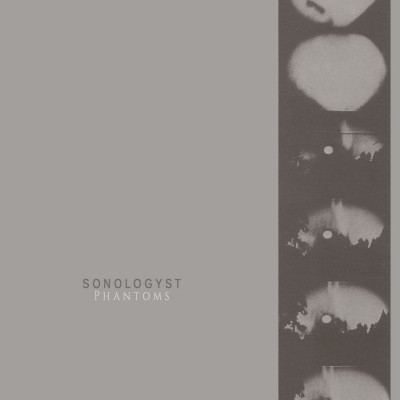 Wikipedia defines sonology as “a neologism used to describe the study of sound in a variety of disciplines”. Pretty fitting for the artist also known as Raffaele Pezzella, who has dedicated himself to creating, hunting down, and sharing previously unfamiliar and unheard sounds from around the world. This latest exploration is no different: horns burble and fizz, dogs inhale their barks, an icy puddle drip serves as percussion. There is a whole host of sonic experimentation caterwauling its way throughout this record which might, initially, seem disparate and disconnected but there is a thread tying this all together. It’s unspoken. Never mentioned. Yet, lurking in shadowy corners of each track is the increasingly looming spectre of Artificial Intelligence. Of machinery gone wrong. Of malfunctioning robotics and the dystopian wasteland we’ve been left with.

In Don Hertzfeldt’s animated series, World of Tomorrow, the main character – Emily – has been copied and replicated so many times that an array of glitches, errors, and anomalies have started to form. They repeat, expand, and are magnified to the point where these faults begin to take on lives of their own. Phantoms is the end result of those errors trying to create music to explain their existence. ‘Three options collided’, the second track on Phantoms, sounds like Artificial Intelligence attempting to cobble together a mythology from fragments of a long dead human narrative. Purposeless circuitry shrieks into a throbbing void. Sounds pulse erratically. Communication is interrupted, distorted, disrupted.

Similarly on ‘Memorex’ we experience AI that has become demented. This is the fat end of hauntology. We have reached the point of flatlining. Machinery is now haunted by a past objective, haunted by memories of actions, sounds and sights, and haunted by the future it failed to build. This is the musical equivalent of Holly Herndon’s Spawn stuck in an infinite loop with senile chatbots. It’s The Caretaker’s Everywhere at the End of Time suite where a very human form of dementia has been replaced by ailing generated sentience.

Everything is manipulated. Time flows in all directions. Sounds mystify and beguile. This is sonic mastery as mysticism, as method of control. It’s the Russian art of confusion, of mixed messages and oxymoronic values. Sound as conflict, of contrast, and contradictions. Nature bleeds into digital contusions. Field recordings are formed from cranked plug-ins. Within this web of madness and deceit lies an unpalatable truth about our own experience. Our engagement is hindered. Any interactions, corrupted. Every mark we make is indelible yet vanished. Retrievable but forgotten. We disappear just as we scream. It’s like thrashing about in quicksand.

From start to finish this album feels like it exists in a world post-Threads. Where technology hasn’t died but those who knew how to use it have. We pick up sporadic recordings which appear to have been brought about by slammed neanderthal fists. Warped and echoing voices dovetail and overlap. They frantically dictate to the worried, the paranoid, and the deaf.

These are new rites for the inquisitive. This is post-human. Wild and feral electronics, powered by a dying sun, squawk at chattering bonobos as they hump iPads into dust. Gibbering rhythms start up, fall away. Sounds gurgle. Slow up. Speed down. At times it sounds like a cat walking across a spinning turntable. The opener (and title track) gives the impression of decrepit machinery, held together by gaffer-tape, slowly combing through a rotten landscape, hoping to find ancient glimmers of past lives. It’s the sound of beacons transmitting without reply. There is a digital scream that fades into a yawn. Followed by scurrying. Are these ghosts in the machine? Electronic spirits desperately scrabbling for another go with new and improved batteries?

The only track that seems capable of maintaining a discernible structure is the album closer, ‘Orient out of tune’. It’s a brooding dronescape. Ending the album with context and clarity. A rhythm is formed from the aforementioned icy puddle drip. Exultant voices surge and merge with hope-extolling synths. It becomes the final resting place for disembodied voices destined to never return to the throats of their hosts.

But it’s not on the album closer that this all manages to converge. It’s on ‘Codified’ that an image is conjured that encapsulates the listening experience of Sonologist latest release. Warnings masquerade as announcements. A maelstrom of despondent sounds all leak their melancholic dread upon a vanishing future. They emerge like spectres. Like phantoms. Apparitions float into abandoned and overgrown theme parks where the wheels of long-dead roller coasters are now slowly and inexplicably turning.