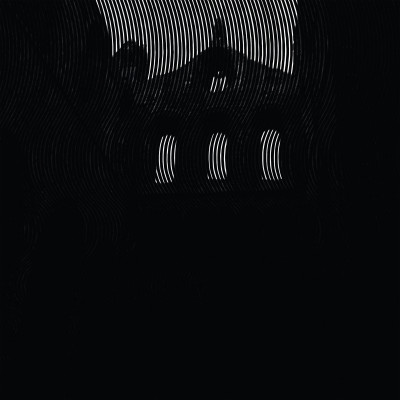 Initially, Friendship seemed like a band geared towards a specific type of person rather than a scene. Their debut album, tellingly titled Hatred, was a truly relentless experience, the kind of hardcore that isn’t so much geared towards crowd-killing as it is to crowd-genocide, with a production rough enough that only those who were seeking something truly confrontational could stand to be around it for long. Undercurrent doesn’t really deviate much from that template – when it’s fast, it sounds dangerous; when it slows down even a smidgen, it’s like watching someone wearing a flesh suit pound on a slab of meat with a crowbar – but a slightly denser production and a few well-situated tempo shifts lend it a more approachable edge that even those who’ve never looked in the general direction of a powerviolence record can appreciate.

With its ten tracks clocking in at around 22 minutes, it’s odd that two minutes of sulphuric drone are the first things to emit from the grooves but when the drums in ‘Vertigo’ kick in, a precision percussion assault worthy of Ben Koller paving the way for a high, frenetic riff and throaty bellows, there is little pause from thereon in.  It’s that steady mid-to-high pace throughout most of Undercurrent that keeps the momentum rushing headlong, but Friendship show an aptitude for throwing in murky trawls through Eyehategod territory every so often, the their dread-inducing miasma carrying a sense of homicidal violence that outstrips what even the heaviest of breakdowns is capable of.

There’s little information out there on Friendship’s members but aside from the truly incredible drumming, the sound of a d-beat aficionado given the once-over by Dave Witte, there’s not really a stand-out performance on Undercurrent, which is a strength in a sense. There’s a collective focus here, every song and player concentrating each riff and belligerent bark into a spear of absolute fucking disgust. The irony of the band’s name would be hilarious if it weren’t for the dreadful seriousness of it all, its nihilistic bludgeoning draining any humour or resistance from the listener. ‘Abandon’ might be the album’s most breakneck cut, ramping up the stab-pummel-stab formula set by ‘Vertigo’ and ‘Lack’ by a few notches, but it does highlight how much Undercurrent’s offering blend into one, prolonged onslaught.

In all honesty, Friendship aren’t for everyone. They bleed bile and breathe anxiety, but what they do manage exceptionally well is to provide something for the extreme crowds that’s a little more well-rounded than the competition. The songs are punchy, memorable and remarkably lean, capable of holding an audience captive without belabouring the point or switching things up purely for eclecticism’s sake and the fact that Southern Lord, a label who have always known the underground better than it knows itself, are putting this out is just the final seal of approval needed to recommend Undercurrent to anyone having a bad day.