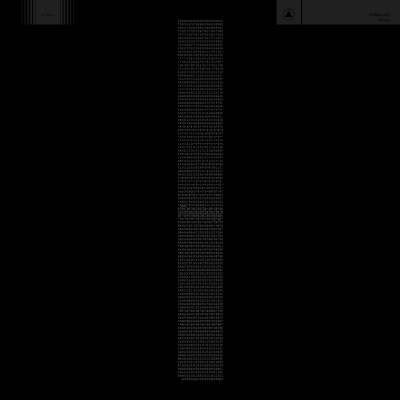 Santiago space cadets Föllakzoid return with their fourth LP, I. Once again hypnotic and trance like, it sees them further dissolving song structures and ego towards channelling a kind of open cosmic pulse. Cryptically following album’s II and III with I is a slight curveball but can be understood in light of the general emptying out of their music and process, as part of a drive towards something essential. The four tracks are simply titled ‘I’ to ‘IIII’ and they flow into each other. Parts of a whole which feels circular and continuous. It’s almost an ambient techno record in the first half and intensifies steadily in the second.

The last Föllakzoid release was London Sessions which saw them rework some of the music on III with J Spaceman. It was hardly a surprise to anyone they’d have things in common. Taking that as a helpful pointer the music here is in the same warm and minimal vein as the glides and chimes version of ‘Feel So Sad’ or similar instrumental loops that used to fill out early Spiritualized B-sides and EP’s. This is more propulsive but there’s a similar psychic drift to it.

Their process for this album was entirely different though. Previous Föllakzoid records were done in single takes with the band playing as a unit. For I everything was recorded separately resulting in over 60 different stems which were handed to producer Atom TM. He was tasked with organising the four sequences of stems but given neither restrictions nor guidelines. The results are the four tracks here. Arbitrarily two of them run 17.01 and the other two 13.01, it’s my guess this is an early choice by Atom TM to bring structure to the sonic soup he was stirring. Nothing here has an end or a beginning and that’s sort of the point of the whole exercise.

In this way it’s almost a remix record where there was no original, as much the producer’s work as it is the band’s. It’s a bold attempt to remove the idea of authorship or narrative from the music and for the band to step back into the shadows. This pays off in the complete absence of sludgy bloat or showboating guitar noodle that so often spoils attempts to make any kind of meditative trance rock. Not that they were a band guilty of those things anyway but there’s a lot of light and space in this record. On first listen it seems they’ve stripped everything back to achieve it but the result is far from austere. They haven’t simply removed everything, the production is sensitive and uses all the elements sparingly.

As guitarist Domingæ puts it “We invite you to join us in sharing the experience of being led by this non-rational, sonic artform and its energy. It is also an invitation to connect once again with your inner master and his intuition”. Fair enough. It’s an inner journey or a blank canvas depending on how you look at it. Honestly, it works either way. As background music it’s quite calming, still but always subtly changing. If you pay more attention you notice how finely layered it is. The generally soothing sounds and steady pulse clearing your mind of chattering flotsam. For the band it seems quite a decisive step forwards in pursuing their goal of an organic electronic minimalism of the spheres. A successful experiment in taking their hands off the wheel, I wonder where it leads.