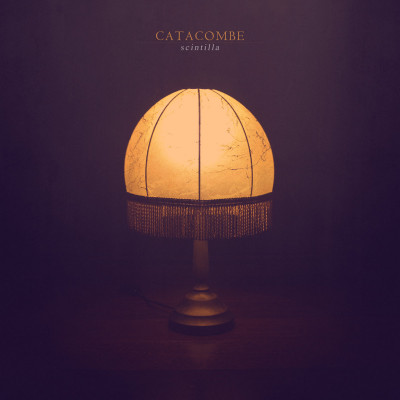 I have listened to Catacombe for quite a few years and I remember speaking to Pedro Sousa back in 2011 when he was mostly working alone in the band. At the time the band was about to release their first full length called Kinetic, which I absolutely fell in love with immediately.

Fast forward to 2019, a whole 5 years after releasing Quidam, their second and perhaps most widely known and acclaimed record.

Scintilla sounds very familiar and cozy. Fortunately, I had a chance to listen to the record quite a few times and also got to see them live in Lisbon recently (on June 15th to be precise) for its presentation. The band mostly played the new songs from and it was a great opportunity to let them sink in and grow on me even more. Curiously, this was the first time I ever saw them live. Watching a band you love performing well live makes you fall in love with the band all over again.

Let’s get to the album itself though. If you’re not familiar with Catacombe yet, they are not your typical crescendo band, there’s lots of influence from Progressive Rock bands and obviously, also Post Rock and some Post Metal. However, I cannot pick out any specific names and say they sound kind of like X, Y or Z. That is a good thing I guess.

Scintilla is heavy in all the right spots, packs a lot of intensity, contains some comfortably unsettling moments, all the melodies have the sole purpose to embellish, the songs develop and breathe freely and at the same time, there’s somewhat of a sense of urgency.

Most songs here are led by the harmonious and delicate guitars together with intricate drumming. Great examples of this are ‘Carroussel’, ‘Sparkles’ and ‘Reverie’. I don’t feel it’s fair to point out individual tracks here though. Every single moment is on the record for a reason and it wouldn’t make sense otherwise.

The whole album is 45 minutes long and the longest song on the record (‘Reverie’) is 7:30. I’ve been speaking to some people about their ideal record length time. What’s that sweet spot of quality-quantity? Is there even such a thing? Everyone has their own take. I, for one, have been enjoying albums at around this length as my attention span is always high and I can savor every single moment.

Scintilla has an underlying Portuguese nostalgia influence as well. It’s hard to say exactly what it is in their sound but I just know it’s there and I feel it constantly. It’s typical and distinct and we can also find it in Memoirs, Kinetic and Quidam. I’m happy they pushed another step ahead with bits and pieces of experimentation. This feels like home. It’s warm, welcoming and generous. Thank you Catacombe!