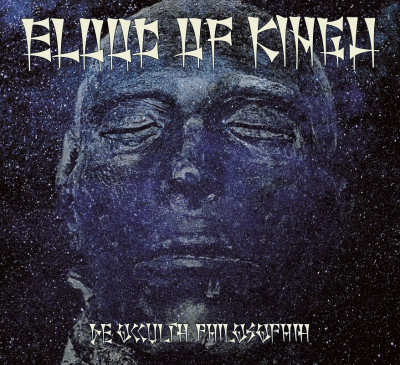 As a stepping stone between the more orthodox approach of Hate Forest and Drudkh’s more polished, oftentimes gorgeous output, Blood of Kingu has always been seen as something of the awkward middle child, loudly vying for attention with its Babylonian mythology and pseudo-mystical slant but never quite getting the recognition it craved or deserved. Formed in 2005 by Ukrainian multi-instrumentalist Roman Saenko following the demise of Hate Forest, it took two years for debut full-length De Occulta Philosphia to be recorded but, given that it followed what was arguably Drudkh’s strongest period, it still has the essence of something measured, savage and curiously relevant even after 12 years.

What’s most apparent about the material of De Occulta Philosophia is that it’s neither what you wouldn’t expect nor anything truly left-field. The aggression is straight-up second-wave, an aggressive onslaught of tremolo and blastbeats set to melodies that pack just the right punch to keep the head nodding along and subsequently bouncing around the skull for an hour after the songs themselves have departed, but the production is much more substantial than your usual fare, contrasting a surprisingly meaty low-end with sharp snares that you’ll either love or hate but certainly won’t fail to notice.

The biggest departure from Saenko’s other works is in its vocals, which shy away from infernal grunts and screeches for a low, monotonous chanting which persists throughout the record. Given …Philosophia’s overtly mystical take on black metal it lends the whole thing an arcane air, something that takes all the BM ‘ritual’ clichés and adapts them to a more atmospherically satisfying end. Combining this with ambient passages of brisk doumbek beats and low, mournful horns helps to transport the listener elsewhere, providing something to grasp onto thematically rather than merely adding a Babylonian slant to what had come before.

That being said, it still feels like a Ukrainian black metal album. ‘Your Blood, Nubia! Your power, Egypt!’ has a lean, epic strength behind it that is hard to mistake, with Saenko’s high, reedy guitar work sounding like a vibrator in a wasp nest; meanwhile ‘Lair Of Night Abzu’ still feels more suited to barren Crimean wastes than to the scorched sands of Giza but it’s still got plenty of fire behind it. Every minute of De Occulta Philophia feels purposeful and whether it be in its attempts to recapture the cold fury of earlier works or its desire to stake out entirely new ground, it always achieves some measure of success. It’s a curious relic but one that feels immensely satisfying to unearth once again.