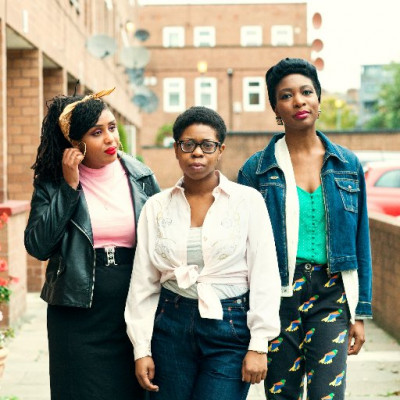 Punk is about rebelling from the status quo which is why I connect punk with my identity as a black woman. To me everything about my identity is innately punk as black women have been uniformly disregarded by society.

Supersonic Festival has been wowing audiences with its varied lineups since 2003 and this year’s event held between 19th-21st July is shaping up to be an absolute cracker. With performances from Neurosis, Godflesh, The Bug & Moor Mother, Mono, and Anna Von Hausswolff among so many others, Supersonic is a celebration of underground music, art and film and is highly anticipated as soon as it is announced. The festival is held in an assortment of venues in Birmingham and features an array of bands, acts, DJs and everything in between, always ready to expect the unexpected. With this year’s installment rapidly approaching, we spoke with a series of bands who are playing this year’s event about playing Supersonic as well as what else they they are up to. We had a chat with Big Joanie guitarist and vocalist Stephanie Phillips about all things Supersonic, playing with Bikini Kill and what punk rock means to her.

(((o))): You’re playing on the Saturday of this year’s Supersonic Festival, are you looking forward to it?

We’re really looking forward to playing Supersonic again. We had a great time when we were last there and made full use of the Black Sabbath karaoke.

(((o))): What can fans expect from your live show at the festival?

Well I don’t really know how to summarise us as a band but I think people can expect to dance hopefully.

We had a great time. It was our first time at Supersonic. It was such a sunny day and the indoor stage we played on was so hot I think my makeup melted off by the third song. It was a great gig and the crowd were amazing.

(((o))): Is Supersonic a festival that has a big place in Big Joanie’s heart and what does the festival mean to you?

I grew up in the Midlands so it was great to know there a festival like this in my area.

(((o))): How did the recent shows supporting Bikini Kill go?

They went really well. We were a little overwhelmed about playing such a momentous event but it was such an amazing moment to be part of. We were really happy we got to be a part of it.

(((o))): How big of an influence were and are Bikini Kill on Big Joanie?

Bikini Kill along with the whole riot grrrl movement were a huge influence on Big Joanie. When I was first learning how to play guitar as a teenager I would play along to Bikini Kill songs on my acoustic guitar in my room.

(((o))): Which other artists are a big influence on Big Joanie?

They went really well. It was our first time at SXSW and our first time playing gigs in the US. We really enjoyed playing to American crowds as everyone was so welcoming. We’re hoping we can go back over there soon.

(((o))): You were due to play a couple of shows in New York while you were over, while I was over there I was so gutted not to see you so I can’t wait to see you at Supersonic! Will you be returning to NY and the States for more shows?

We didn’t have the right visas in the end so we didn’t make it to New York but we’d love to play at some point.

(((o))): Do you find playing live a cathartic experience at all?

Umm not cathartic but it feels like a safe place to be usually. I don’t get nervous till minutes before we go onstage and then usually once I’m there it’s ok.

(((o))): If you could curate your own festival, who would you choose to play it?

Me and Estella are part of a team that curate our own festival. It’s called Decolonise Fest and it’s a festival created by and for people of colour in the punk scene. We have bands, workshops, panels, and more. It was on 29-30 June this year at DIY Space for London. This year we had Navajo punk band Weedrat all the way from New Mexico, decolonial punx Screaming Toenail, experimental punx Cecilia and more. Big Joanie will also be playing this year.

(((o))): You released the brilliant Sistahs album at the end of last year. How as the experience of making the album and how was it been received?

We worked with a producer, Margo Broom, for the first time for that record so it was completely different to how we’d made music before. It felt really freeing to be able to develop our sound and be able to add more layers and influences than we had been able to before. I think the album has been well received which has been amazing for us. We’ve been playing most of these songs for ages so it’s amazing to see other people connect with them in their own way now.

(((o))): Are you playing a lot of material from the new album live?

We’ve mostly been playing from the album as it was our live set anyway. We don’t play many older songs now except for ‘Dream No 9’ which is from our first EP. We sometimes play ‘No Scrubs’ from our 2017 single Crooked Room.

We’re gonna try and write some new songs this summer and then we’ll see. We want to release an EP or single first and then maybe think about an album later.

(((o))): What else have Big Joanie got planned for the rest of the year?

We’re playing with The Gossip on their European tour this July, we have Indietracks on 27th July and then we’re taking a break from gigging in August and we’ll be doing a few one off gigs in Autumn, maybe a tour in November.

(((o))): How has the reaction to Big Joanie since you started been like so far?

It’s been positive as far as we can see. I think people seem to either connect with our message and our politics or they might just like some songs.

Punk is about rebelling from the status quo which is why I connect punk with my identity as a black woman. To me everything about my identity is innately punk as black women have been uniformly disregarded by society.

(((o))): What have been some of the highlights of being in Big Joanie so far?

There are so many. Playing with Bikini Kill is definitely one of them but also our album launch which was sold out, getting to tour Europe and the UK with Parquet Courts and finding out how many people loved us when they donated to our crowdfunder after our van broke down and helped us get to Europe. Bumping into Thurston Moore, Eva Prinz and their friend Abby after our gig with The Ex and getting asked if we’d like to put out a record with them was amazing and has definitely changed our careers.