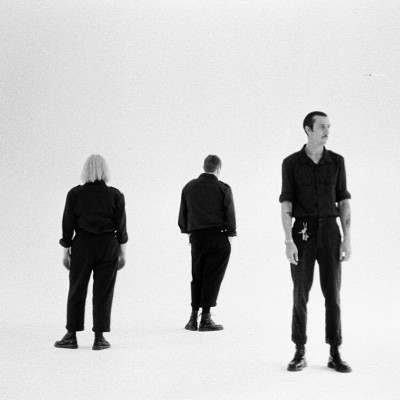 Beyond The Noise 3 by Girls In Synthesis

About 100 years ago the Russian Constructivists attempted to engage with the questions ‘What attributes/characteristics should an object produced in a socialist economy include? What differentiates it from the object under capitalism? What form and content should the object/cultural product that is a comrade in the struggle for socialism have? (1) One of the answers was that embedded in the object should be evidence of the process of production, evidence of the exciting, empowering, socially dynamic process of human interaction and creativity. Objects under capitalism thrive on blackboxing and disconnection from the process of production so that they can be fetishised, filled with meanings that suit the interests of capital. That’s why the radical potential of the DIY (DIT-do it together) ethic of punk shouldn’t be underestimated, it includes within it possibilities of oppositional creativity and empowerment, the undermining of capitalism’s grip on the means of production and the loosening of its grip on the imagination of the individual or collective.

Beyond The Noise 3, the latest collection of lyrics and poems by Girls In Synthesis members Jim Cubitt and John Linger manages to answer those questions posed by the Russian Constructivists. ‘What form and content would the object/cultural product that is a comrade in the struggle for an egalitarian democratic society have?’ In this case, the form and content of Beyond The Noise 3! It answers that question because in a world of corporate, anodyne, anonymous objects whose productive processes are hidden Beyond The Noise 3 revels in its authenticity, its honesty, the painstaking labour intensive process that started with a blank piece of paper, people’s incisive literary creativity and an old school typewriter!

Beyond The Noise 3 turned up this morning, number 29/40, reading it is like listening to GIS with the sound turned down! You can hear them in your head, you know these are going to be awesome songs: those pounding drums, the core around which everything else is constructed; the bass played as lead, driving forward; the exhilarating guitar snaking its way in and out, sometimes leading, sometimes adding/interjecting texture and colour. Listen to ‘The Mound’, Nicole counts in, then an adrenalised shout as the song takes shape; ‘Solid Effect’ the request for a change of guitar sound, no attempt to hide the creation of an artefact. In fact like the French New Wave filmmaker Godard they draw attention to the form as construct – confronting you with reality in both form and content.

Beyond The Noise 3 starts and finishes with visuals of the band by Bea Dewhurst. The photos capture two of the most important aspects of GIS; the exhilarating, transcendent experience of their live shows where everything blurs into adrenalised immediacy and intentional community, forty minutes of communal hope and focussed solidarity that recalls being in the eye of a demo more that a gig! In contrast the collage on the inside back cover is a reminder that 2019 is a difficult, tiring, tense time for the working class that while our solidarity is built primarily on a shared economic position it is also built on a shared experience of insecurity, anxiety, precarity. The three band members are collaged into one knackered, composite figure; an articulate representation of the modern British experience for so many.

The poetry and lyrics in Beyond The Noise 3 continue the eloquent articulation of the neoliberal working class experience that GIS excel at. Poetry is always open to (mis)interpretation, the death of the author as Barthes put it, but GIS are brave enough to risk it. The honesty and vulnerability (and therefore universality) of their writing is maybe more apparent in purely written form than it is in song as they engage with the disempowering, reductive experience of being ignored, overlooked, of no consequence in an instrumentalist system (My Request/They’re Not Listening). Lack of social mobility in Britain, that the socioeconomic strata you are born into you will probably die in (2) is addressed, “the state in which I’m born will be the state until the end…All I want is to be treated as an individual” in ‘My Request’, as the next piece puts it “WE CAN’T GO ON THIS WAY…NO!”

‘Tirades of Hate and Fear’ explores the rise of provincial, reactionary politics and reminded me of How To Lose a Country by Ece Temelkuran, who writes that nationalist populism tends to emerge in the provincial towns away from the urban centers (3). Suburban Hell?

“Bored of what scores of people still adore, holding up the ceiling whilst falling through the floor, Scraping down the walls until my nail beds rub raw, Settling for less, screaming out for more more, more”. (Set Up To Fail) Describe it as Utopian if you want to but that knowledge, that sense, that things can be, will be, better persists despite capitalism’s attempts to convince us otherwise, We can still imagine the end of capitalism, we can still envisage a better world, we cannot reconcile ourselves to the dreary shit of recycled culture and ‘just about getting by’.

‘We Reform’ seems to talk of how the new is, in part, constituted from elements of the past, that there is a continuity, that the future will include components already present. There are no Year Zeros, we draw on the glimmers of hope and the positive resources already present in any construction of the future. ‘So Called Home’  talks of a nation(al elite) unable to face its past, denying its history, repeating its mistakes, perpetuating the status quo. We need to start building better.

Last up is ‘Human Frailty’, and it’s a poignant reminder of the importance and complexity of relationships and their embeddedness in time, ‘Relent human frailty’.

Beyond The Noise 3 is a collection of writings and photos that say more about modern life and politics in Britain than a thousand tabloid newspapers. It’s pissed off and angry but never self indulgently dark, its anger is a response to the deliberate construction of suffering and immiseration and as such its an important part of the move towards a more egalitarian, compassionate society.