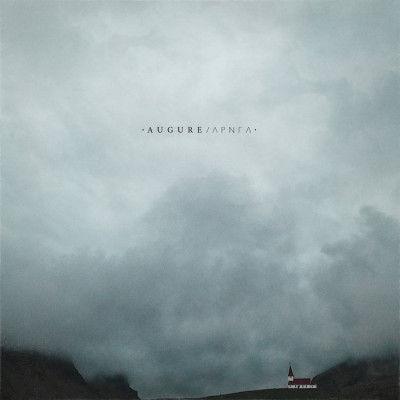 So many great releases fall through the cracks. We attempt to address this through Rich’s Round Up, but I was compelled to give this one a little closer attention. After falling, willingly mind you, through a rabbit hole of modern classical and jazz I’ve come back around to Post Rock.

The regenerative power of music, both in the act of listening and composition, is a basic law that holds true. Especially through the melting pot of cultures and styles that Post Rock now reflects. What it draws out from us through the ether affects how musicians produce from within and how our mind’s eye perceives. Augure have found this chemistry in their triad of figureheads. All of their roles tantamount to the whole and each contributing a conduit to help breathe life into the genre and continue an amazing year for music. It is in this torrent of reflection and expression that Augure coax their music from within.

Augure’s latest album Apnea was released in late April earlier this year. A recipe of reverb, distortion, and echo all emulsify to a more strident timber throughout the album. The combination of these effects and techniques can at times yield a diluted sound. Although, not at all with Apnea. Instead, Augure capitalized on what they had at their disposal to bestow a harder more ironclad atmosphere with sharper points to negotiate the edges. Slowly burning embers glisten beneath the cinder with heady subject matter that pervade the entire release. As if they are an augury to impending tribulation. Releasing a controlled bedlam of restrained angst concentrated into deeper tones that swell from an unspoken source of turmoil.

Guitars sheath you in harrowing and crestfallen melodies, yet they still uplift you with an invitation of asylum. While bass and drums further a merciful but gritty embrace, and offering quarter and just enough shelter to shield you from harm. In a trio, rhythm sections are forced to be more dynamic instead of just guiding structure. In turn this is a very bass and drum forward release and my ears are all the better for it. If a band does not have a sturdy and nimble backline I lose interest very quickly. Augure not only achieves this but they deliver the goods tenfold.

In essence, this could be the soundtrack to a Utopian community nestled into the outcropping of a mountain face. Complete with intermingling caves and clearings in the formations allowing for fellowship. One where its inhabitants only sporadically peek out into the world and only a brief view is needed before happily returning to their congregation of separatists. As with this metaphor, Augure are complete as is and are flourishing by treading the unforgiving path ahead.

Most of this review may seem depressive or bleak. However, Apnea is a triumph in context and execution. Borne on the backs of their own vision and mission their message is not overarched or oblique. It is concise, serrated, and narrow in scope. Take note, as they will be heard! In the fathoms and the heavens.