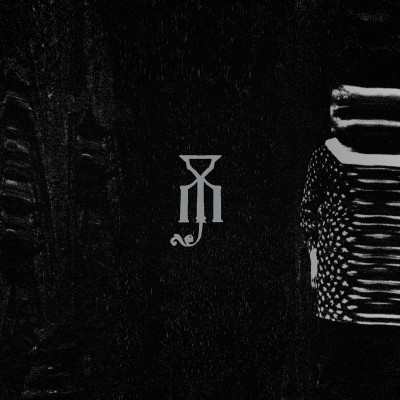 I’ll confess, I had forgotten about 夢遊病者. Despite them flooring me with 5772 and the beautifully twisted car wreck of 統合失調症の飢餓 and me subsequently pestering anyone within earshot to check them out, they had since drifted past me like so many other great bands who have fallen afoul of my short attention span. Quite ironic, really, given that the band’s strength is their ability to cram a novel’s worth of ideas into as short a timeframe as possible.

Like all bands who exist on metal’s esoteric outer reaches, they have built this brief release around a concept, that of the symbol Ѫ as well as its counterparts in Traditional Chinese and Cyrillic, and the sometimes juxtaposing concepts that those symbols represent, from ‘nothingness’ to ‘new’. Add in the differing nationalities of the personalities involved in this project and the position becomes muddier still, making Ѫ’s meditations on transition and rebirth more intriguing still.

Composed of two six-minute-long parts, Ѫ is a noticeably slower burn than its predecessors, partially due to the trio not having the time to throw in as many colliding elements as they usually manage but also in part from the greater focus that they exhibit on idea and, consequentially, atmosphere. ‘First Utterance’ is a rumble of ritualistic percussion and muttered chants that fade in and out of the sonic mist. As the chants become more urgent, everything starts to become a bit strange, like Merzbow conducting a jazz noir soiree with Attila Csihar as bandleader. The swirl of drone rises and falls with each passing moment and when it feels like things have started to settle, ‘Last Utterance’ rolls in.

If ‘First Utterance’ was Ѫ’s difficult birth and awkward adolescence, this is its entire tortured existence and final, gasping death rattle jammed into a blender. It’s certainly the more metal of the two compositions, a steady simmer of tremolo underpinning much of its runtime while the chants of earlier transform into a chorus of babbling voices, howls and shrieks. The impromptu jazz segues are consequentially more unsettling, the contrast of utter chaos and spacious melodies leading to a disorienting loss of space and time. It’s a textbook example of ‘psychedelia done right’, a mind-altering experience that subverts expectations of timing, structure and musicality, honing in on the act of creating a kaleidoscope where all shapes and colours are shards of darkness.

As with everything they’ve done, it’s really impossible to summarise this release, or even to classify. It straddles so many genres that it could conceivably appeal to everyone and no-one simultaneously and the jarring contrasts it exhibits demand focus, but its one defining factor is that it is a truly ambitious work that puts 夢遊病者 right up there alongside Oranssi Pazuzu and Dark Buddha Rising in the new wave of truly transformative metal bands. It’s possibly one of the strangest 12 minutes you’ll ever experience, and I know that I won’t be forgetting about them in a hurry this time.

Ѫ (Yus) is released by Babylon Doom Cult Records in Europe and Sentient Ruin Laboratories in the US.