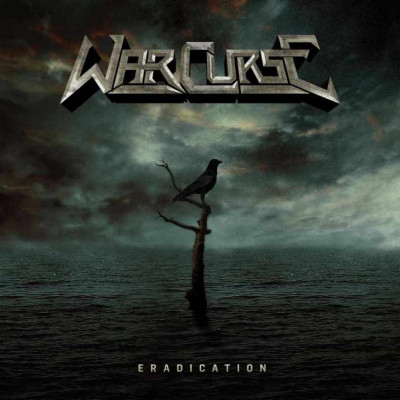 The first I heard of this band was when they “dissed” (as the kids say) some elder statesmen of thrash metal: Sacred Reich, to be precise. War Curse called their anti-Donald Trump song “corny”.

Which is all fine – after all, this is a game of opinions. And the Sacred Reich song, ‘Don’t Do It Donnie’, is pretty darn corny.

But in their attempts to slander one of the forefathers of this corner of metal we call thrash, War Curse overlooked one basic fact: all metal is corny. All of it: black, death, melodeath, blackened technical death, doom, blackened doom, stoner, speed, war, heavy, party and, yes, thrash.

In fact thrash is one of the more corny sub-genres of heavy music. From the po-faced, quasi-political, angry-young-teen era of Metallica to the nihilistic B-movie-worshipping of Municipal Waste and their various offshoots, thrash is dripping with corn. There are few things more corny than a group of grown men playing fast riffs and waving their well-brushed locks of luscious hair in circles.

That’s not to say it doesn’t have has its place. Indeed, thrash is the perfect soundtrack to irresponsible acts like downhill skateboarding, making petrol bombs or driving slightly over the speed limit. Name me a fan of heavy music over 35 that hasn’t drank more than necessary while listening to Anthrax’s Persistence of Time.

And War Curse rekindle the joy from that golden age of thrash, in their serious-faced take on the genre with Eradication. The Ohio-based five-piece are fronted by new vocalist Blaine Gordon, who has that semi-melodic bellow filled with pent-up rage that James Hetfield once had (before he went Hollywood) down to a tee.

From the opener, ‘Asylum’ – which features a blistering solo from Forbidden’s Glen Alvelais – we are treated to eight songs of thrash as God (or any religious figure of your choice) intended. Highlights include ‘Sands of Fate’, a classic high-speed neck-wrecker, ‘Serpent’, which has a mid-tempo breakdown that Megadeth would have swooned over and ‘Iron Veil’, which has a surprisingly catchy chorus.

And ‘Polluted Minds’, the album’s closer, brings a more Maiden flavour to proceedings by slowing things down a tad. It is a toss-up between this and ‘Sands of Fate’ for best song on the record.

Lyrically, the album is chock full of railings against authority, religion, society, war, government, the destruction of the world and restrictions on freedom – in other words, the usual topics broached by thrash metallers. All very corny, especially when you think of such serious topics being barked out by tattooed dudes with guitars. Not that there is anything wrong with that. Just ask Sacred Reich. But the most important thing about this or any other thrash album is that it is loud, fast and it holds your attention. Which this does.