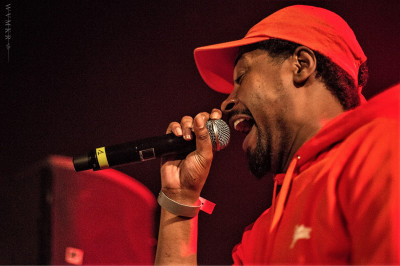 The second evening of our grim summer of love at La Villette Sonique switched things up with some cutting edge talent from the alternative hip-hop scene. Most exciting of all was the long-awaited return of the psychotic rhyme-clown known as Danny Brown, who had skipped into France on his tour promoting the acid-laced fever dream that is Atrocity Exhibition, his darkest, most demented work to date. Though the gig was originally set to take place at Le Périphérique, safety concerns related to the heavy downpours and strong winds caused the show to be moved to Le Trabendo, La Villette’s own music bunker, camouflaged along the Park’s sinuous pathways. 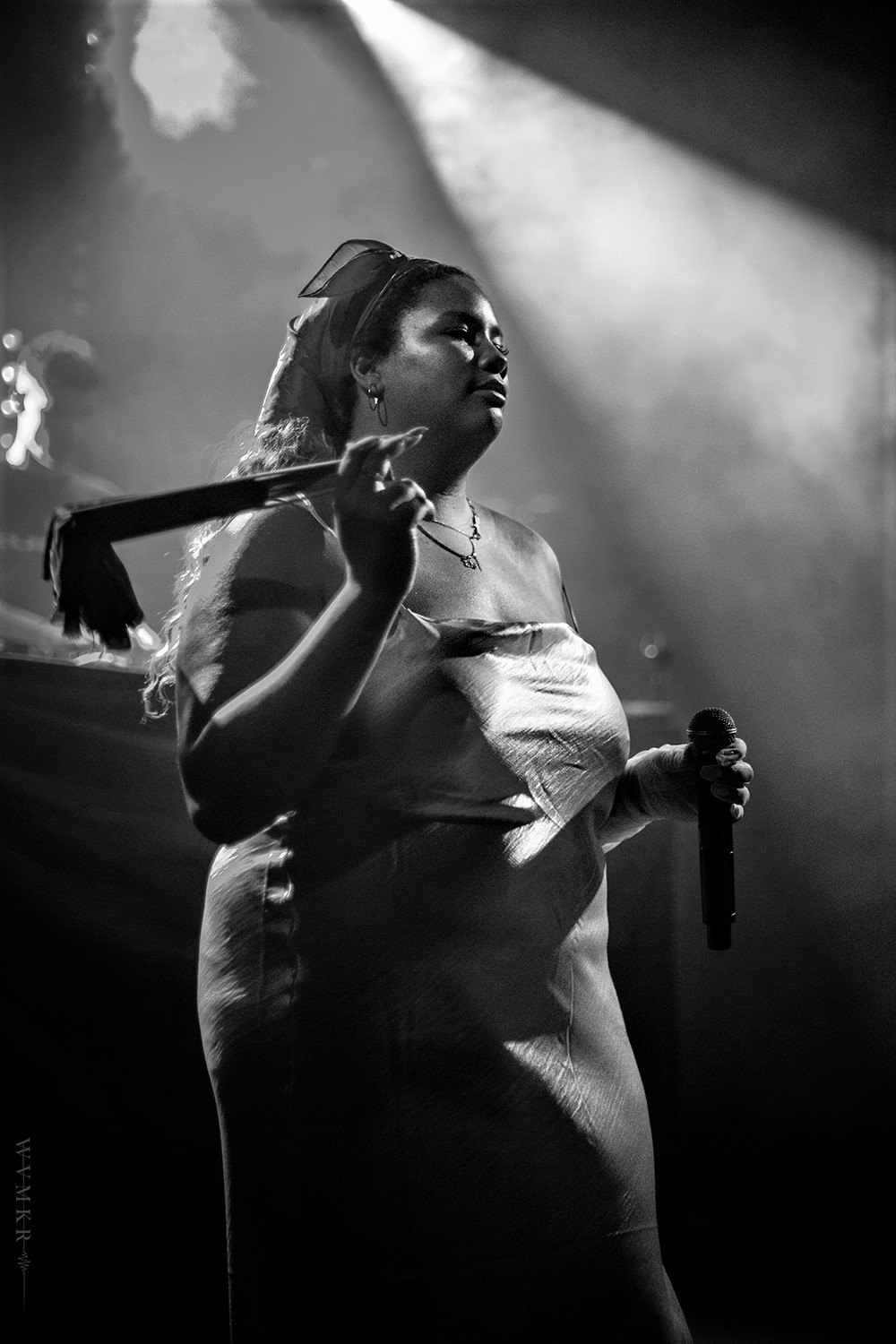 The first set of the evening was performed by Shygirl, a young artist proud and determined to rep the South-East London sound before her crowd of still defrosting French ears. With the help of her DJ, the London artist performed a near-exhaustive crash-course in UK underground music from Garage to Grime, presiding over the ceremony with a boasty, nonchalant stage presence, waving her giant white fan as she spat her bars. The beats are raw, glitchy and syncopated, and the energy is unlike anything you’ll find outside of London’s clubs. Unlike American Hip-hop, the UK Garage and Grime sounds are very often polarizing to unfamiliar ears, which more often than not translates to a lukewarm crowd. Shygirl, however, pulled through and stirred the room up with her commanding presence, hard-hitting beats and sensual voice. 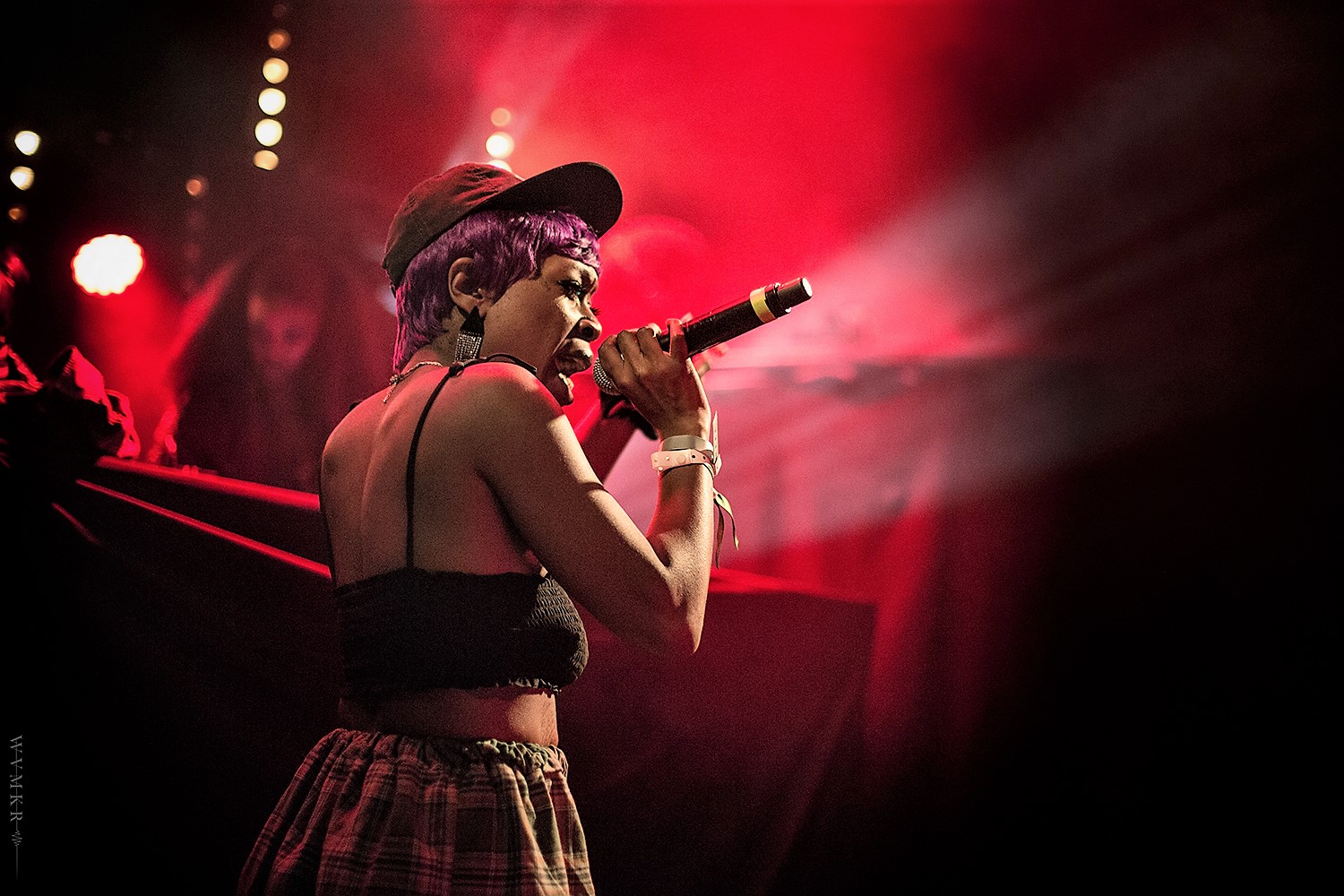 Following up with some US-Hip-hop, Bbymutha from Chattanooga, Tennessee took to the stage with double the pride and sass, sporting fluorescent shoes on her feet, straight pink hair on her head and fiery fervour in her eyes. Trap beats may be commonplace in modern hip-hop, though rarely do we ever get to hear such dirty deep-cuts around our neck of the woods. Bbymutha’s rapping skills and showmanship commands attention, and the crowd went wild for her bold southern charisma. Her bars are raw and her beats are filthy, though what really makes the rapper stand out is her body-positive, proud discourse as a female rapper. Her voice is loud and clear and her catchy punchlines will have you repeat it after her: she is a proud mother who is not to be messed with. For those who like their hip-hop with some southern grit, Bbymutha is a name to keep on your watchlist. 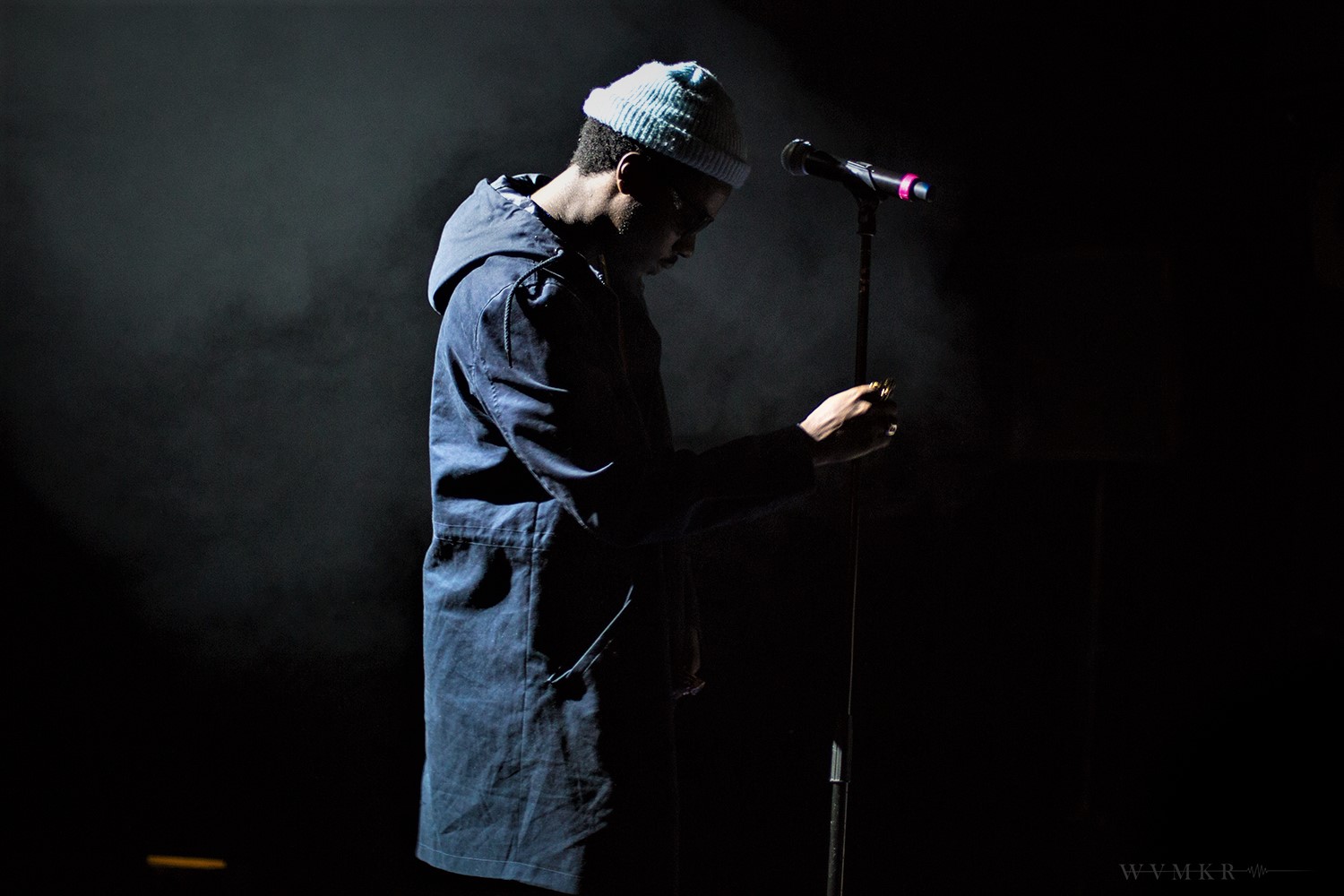 Up next, we got what may very well be Compton’s next rising star in the making. Channel Tres hit the stage with two backing dancers, wearing a long navy-blue coat and sunglasses. Singing some sweet, soulful melodies, the young artist had me expecting a Frank Ocean-inspired performance before shedding his coat aside and getting straight down to business with the booming dance beats. The crowd lit up as soon as the trio stepped into a synchronized dance and the party reached a new high for the entirety of the thirty-minute set. The Channel Tres formula is simple but deadly: house music with a hip-hop twist, crazy swagger and a sexy speaking voice that could instantly turn your freezer into an aquarium. It’s slick, it hits hard and it’s nothing short of groundbreaking. The venue turned into a sweaty dancefloor at the mercy of Compton’s shining new prince. Following a dive into the crowd, the Compton artist left the stage with a jam-packed venue at his feet and returned to tear the rest of the venue down by bringing the audience onstage for a second performance of ‘Controller’. Pure class by a true legend in the making. 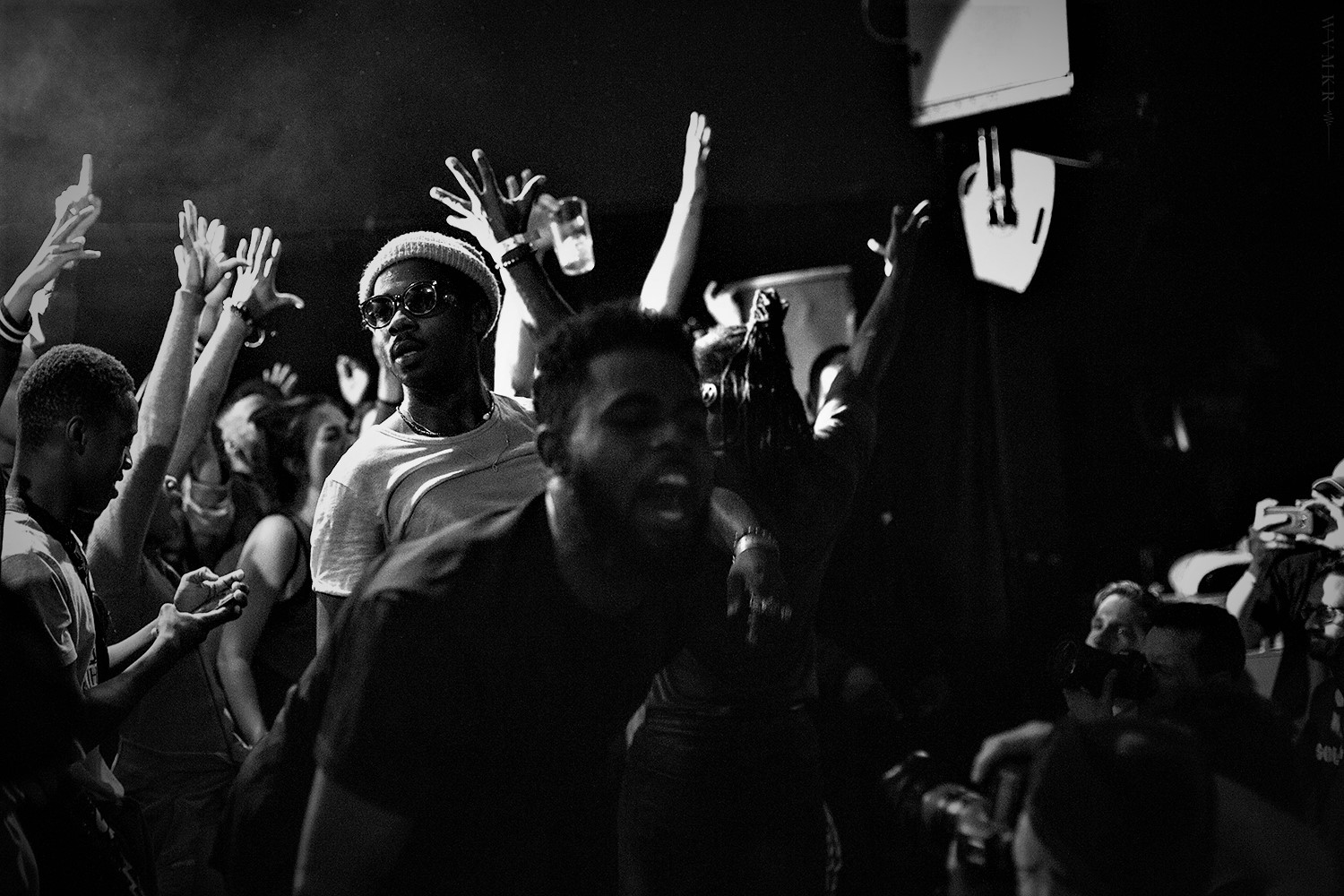 Thus came the time for our feature act to take to the stage. Considering the rather rough time Danny Brown has reportedly been going through following the release of Atrocity Exhibition, it does feel great to see the man looking so healthy. The Detroit-based rapper was barely recognizable in his shining orange sweater and sports pants, but the nasal, quacky voice leaves no room for doubt: we had the real deal on our hands. After fist-bumping the front row of ecstatic fans, Danny set the show into motion ceremoniously with a trademark “check!” preluding ‘Die Like a Rockstar’, which opens with an appropriate Brown-ism “Brown bless the mic like gesundheit”. 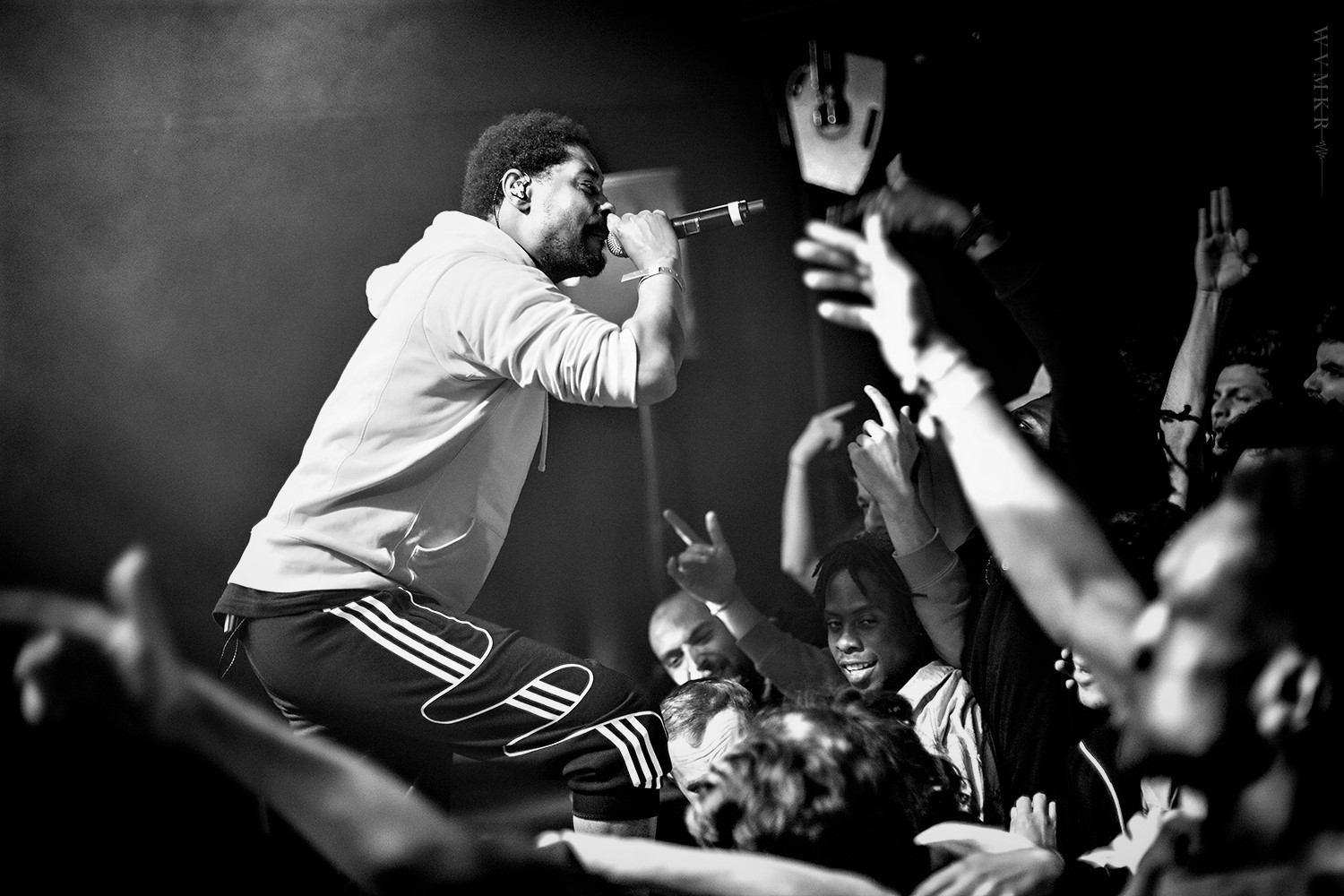 If you’re not a fan of Danny Brown’s voice, I would imagine a fifty-minute set like this one would be enough to have you pulling your hair out, as the man’s voice sounds even more cartoonish live. With seventeen songs in queue, the rapper made few breaks and hit audiences with a balanced mix of songs from his last three efforts, including an Atrocity Exhibition medley from ‘Ain’t it Funny’ to ‘Really Doe’, ‘When It Rain’ and ‘Pneumonia’. Some interesting cuts were thrown in, including a stellar ‘Grown Up’ and a finale consisting of an East-Coast flavoured new song titled ‘Best Life’ (Produced by Q-Tip) and ‘Attak’ by Rustie. Though a lot of the quirky punchlines were lost in the mix, the rapper kept energy levels high, stirring up a messy moshpit near the front row. Overall, Danny Brown pulled off a neat,energetic set, though one could have hoped for a slightly longer show to switch the pace up a little bit more. This may be mere wishful thinking from a music-geek, but I know that he’s got the material to stitch a more varied set, and it would’ve been interesting to see a show that is reflective of the level of ambition he brought to his latest album. 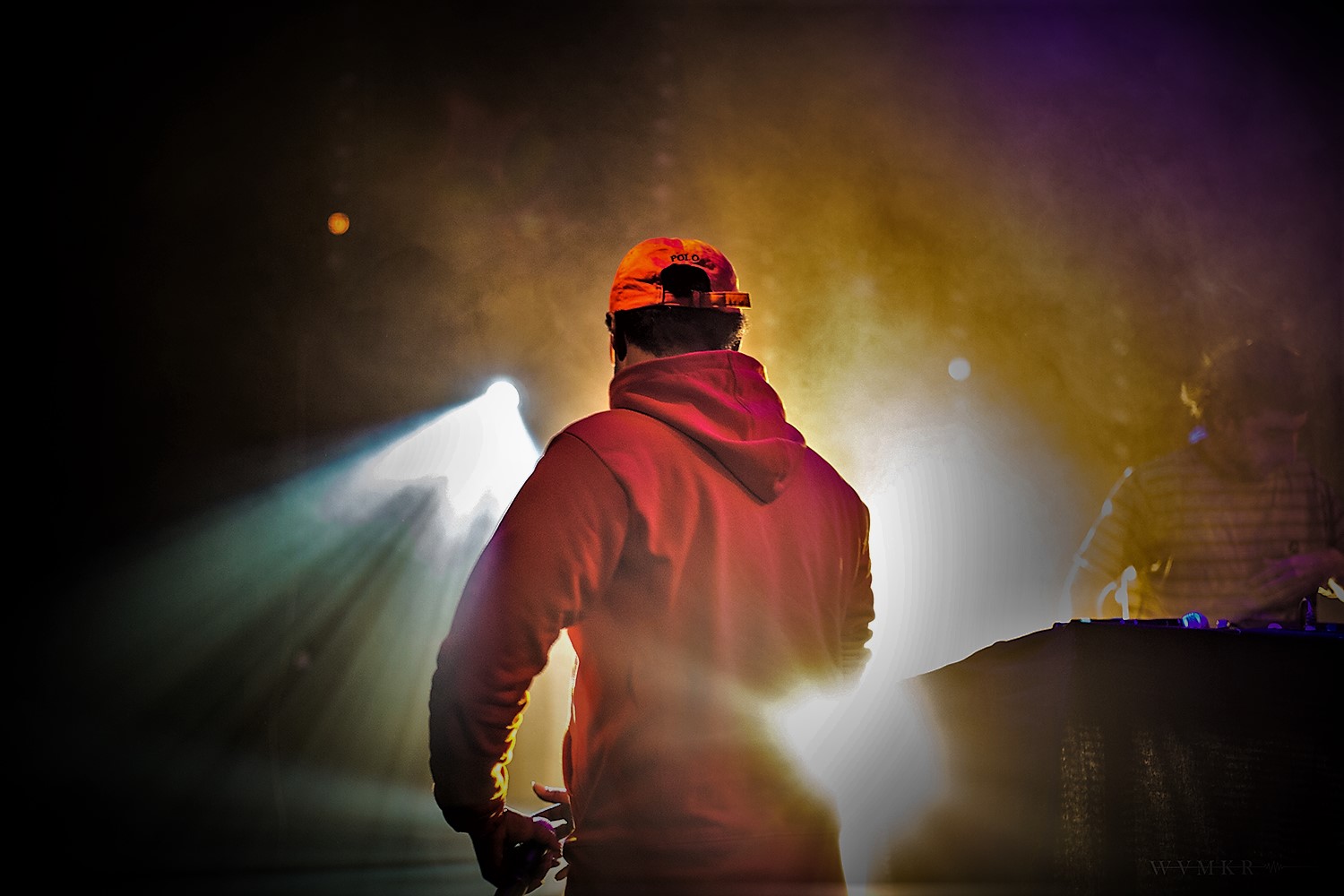