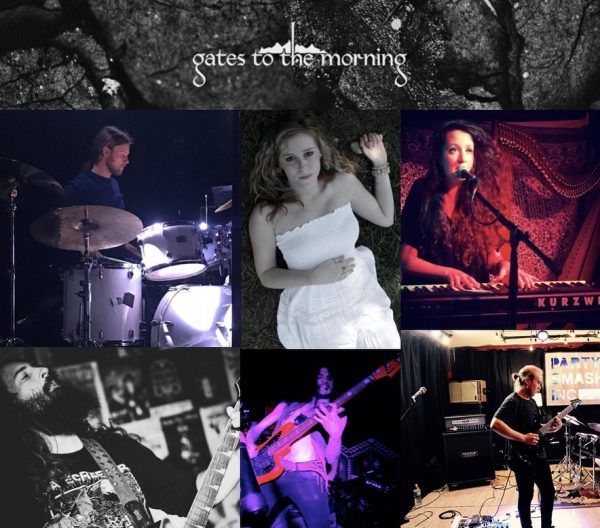 Gates To The Morning are a New Jersey post-black metal band driven by the singular vision of Sean Meyers. Having started as a bedroom black metal project whilst still attending Montclair State University for Jazz Performance, Meyers started to collect material in 2016 for what would become the bands debut, Return To Earth. Pulling from a myriad set of influences, ranging from Opeth to Art Blakey by way of Tool, Gates To The Morning have rapidly refined a sound that is wholly their own and speaks to a dark unreality. Full of bombastic imagery and transcendent choruses, Gates To The Morning is finally taking form.

With his jazz background balanced with a long history in the infamous New Jersey DIY scene, Meyers hoped to create something powerful and thoughtful with Return To Earth. Fully invested in his work, he found himself recording drums at Backroom Studios with Kevin Antreassian of The Dillinger Escape Plan and then collaborating with friends to finish the studio process both at Backroom Studios and in various home setups. It was during this process that he chose to embrace the ethereal vocals of Meg Moyer for the project in addition to his own, further growing the bands sonic palette. The end result, and consequent live band, features performances from a variety of players, ranging from childhood friends to fellow jazz musicians.

Return To Earth is a concept album with lyrics orbiting around the twin concepts of challenge and triumphs, the pitfalls and mountaintops found on a journey of awakening and enlightenment. This opening ululation is powerful and deeply emotional, hinting at much more to come from these Garden State musicians. After years of deliberation and struggle their unique sound has finally come together. Gates To The Morning are plotting their first live shows around the release of Return To Earth and are steeling themselves for the stage.

Return To Earth will be released on July 19th, listen to the track ‘Rekindled’ below. The band comments: “There are a lot of sounds on our upcoming debut full length, Return To Earth.  Some people classify us as “post-black metal” and some classify us as “progressive metal”.  The last single we released very much showcased our black metal roots. This most recent single ‘Rekindled’ showcases our progressive side. It is largely instrumental until the end of the song where we finally showcase vocals that fit into the overall, cohesive scheme of the concept album and triumphantly segue into the title track and finale of the album.”