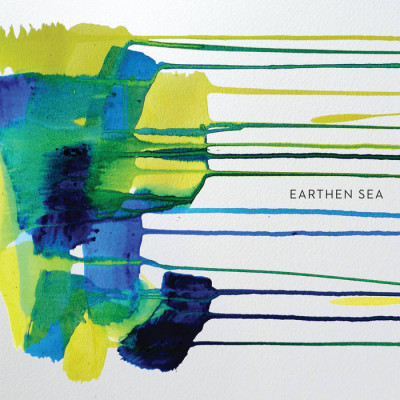 Grass And Trees by Earthen Sea

What is the distance between hardcore bass and minimal ambient/techno soundscapes? Very brief, if you ask (or listen to, for that matter) of Jacob Long, aka Earthen Sea and his latest album Grass And Trees. It might sound a bit far fetched, but one of the keys in keeping your minimal music interesting and out of the fields of boredom and pure repetition is a good sense of rhythm, beat and shifting scapes and on the evidence of this album, Earthen Sea got it.

Long, originally a member of some veteran Washington DC hardcore bands started out with Casio keyboards run through pedals. Through his previous two albums, and now with Grass And Trees Long has been able to further develop his sound, but not by piling up beats and sounds but actually by stretching them out, using only two or three chords. Sometimes just one with only slight shifts throughout, making the space between the notes count as much as the notes themselves.

What we get is an ever-shifting image of, well, grass and trees, growing, reaching their full strength, then dissipating. And all over again. Even the rhythms and beats are dissolving but leaving traces all over.

No matter how simple that might sound, through the seven tracks on the album Long is able to confirm the long known fact that making simple sounds reach their full effectiveness is probably the hardest thing to do in music. Even Long himself describes the process he uses as *’ “simplifying things as much as possible”, designing uncluttered spaces traced in nothing but a breath, field recordings, and “sounds that could be played by hand but weren’t.” ‘ And he is right there, making even every empty space count and creating minimal dub/techno/ambient that doesn’t bore you to death but very late night kaleidoscopic soundscapes.