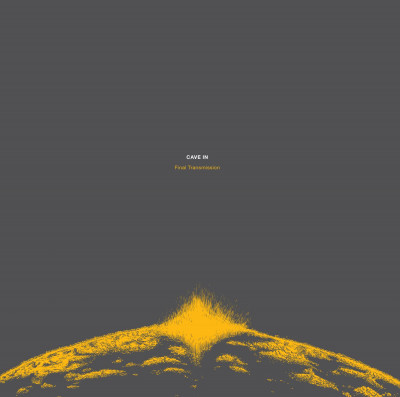 Final Transmission by Cave In

Although this will rank as one of the best Cave In albums since Jupiter, it will also be remembered with deep sorrow. This is the Final Transmission of much loved bassist, vocalist and songwriter Caleb Scofield who died in a car accident on 28 March 2018. The group had been recording demoes for their first album in 7 years and its completion is testament to the strength, love and respect of his fellow band mates with Caleb appearing on all eight tracks. As final statements go this is an absolute towering goodbye to the world and shines as the brightest star in a glittering sky.

When there is more focus after a tragedy you often learn details that you had previously missed. In respect of Cave In I was unaware of the scale of contribution Caleb had in creating songs and developing styles which are intrinsic to the sound. It is quite fitting that the album is book ended with songs that are distinctly Caleb and display two different spectrums of his talents. ‘Final Transmission’ is an acoustic song idea which Caleb sent to the other band members shortly after a practice session which would turn out to be their last together. Here the light guitar and hummed vocal lines are in direct opposition to closing track ‘Led To The Wolves’, which is very White Silence era with harsh striking guitar being hunted down by pounding drum and bass work.

If you were to create a playlist of the best Cave In songs from Jupiter to White Silence the result would be fairly close to Final Transmission. There are Jupiter spatial psychedelic moments in ‘All Illusion’ and ‘Winter Window’ to the harder anthemic Antenna/Perfect Pitch Black sounds of ‘Night Crawler’ and ‘Lanterna’. Final Transmission also has space for possibly one of the best Cave In songs in ‘Shake My Blood’. Along with most of the album it is in a juxtaposition of having lyrics written after the passing of Caleb. Here the remaining three members took their first opportunity to deal with the passing of their friend whilst experiencing “a mix of extreme grief, frustration and anger.” All three worked on the lyrics and all three provide vocals which elevate the catchy guitar lines to match the power of the thick bass running through the heart of the composition.

Caleb Scofield will be a hug loss to scores of people who, like me, didn’t even know him so I can only imagine how great a loss he is to those who did. He really does have a bass presence like no other and his behemoth roar once entranced me enough that I tried in vain to shake my head off my shoulders to ‘Trepanning’ at a Glasgow gig. The legacy that Caleb has left behind will be a guidepost for scores of people discovering so many varieties of rock and metal that he will be long remembered. Final Transmission is a great addition to this legacy and long may it broadcast hope, inspiration and enjoyment.