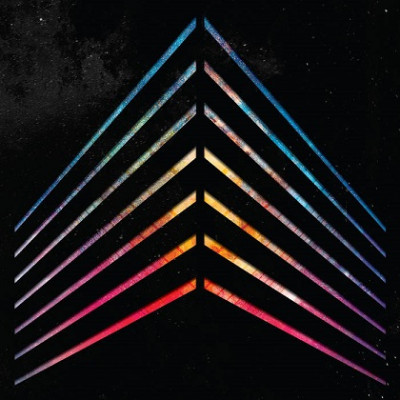 Brooklyn instrumental outfit Cavallo are proudly into “all kinds of post stuff”. On their latest release, Interstices, the trio of Jeff Arancherry (bass), Kyle Hussa-Lietz (guitar) and John Hayes (drums) make for a heady mix of post metal, post rock, prog metal and a touch of math rock for good measure. A bold claim to fame is that drummer John once played in late 90s scream band Early Grace, who released a split record with Cave In.

Opening with ‘Gravity Knife’, a taut track with tumbling drums, scattershot guitar effects and passages of melodic interplay. This the kind of thing that ASIWYFA do so expertly. Cavallo show invention and dexterity but have a blunter edge than my Irish friends. For me, the best sections are when the guitars escape the math rock shackles and soar. The controlled explosive post metal rage of ‘Blackout of 1977’ echoes Russian Circles in terms of atmospherics and melancholy. Heading for the jugular in terms of big sound the melodies stay on the right side of memorable.

There are elements of funk underplaying ‘Engine Down’ as the bass bubbles and bumps amongst the choppy beats. An ebo fired guitar slides and glides a wandering melody and I prefer this side of Cavallo as opposed to the intricacy of their math tendencies. The track shifts dynamics throughout and features some lovely sections where the volume is turned down and the band’s way with a melody is allowed to flourish. You could almost miss the brief calm of ‘A Minor Catastrophe’ as the tracks are all sequenced together as one piece of music.

On ‘Send Me Into the Dark’ Cavallo really endeavour to showcase their musical ability with multiple genres being explored and shifts in tempo and tone. As impressive as this is, I struggle to remain fully engaged with all that is going on. What sounds like keyboards, but is probably some incredulous guitar effect wizardry, gives ‘Parallel Infinities’ a colourful hue. By far the most atmospheric track on the album, the shimmering guitars make for a pleasing alternative to the heavier elements of the Cavallo sound, which is where the track winds up.

As with ‘Send Me Into the Dark’, album closer ‘Not Quite Hell’ tries to cram too many elements and showy musicianship in and I found it utterly unengaging as the band don’t settle on any particular style for long enough. The dynamics of the track have a fidgety flow and although there are enjoyable passages I couldn’t focus my attention on them.

Interstices doesn’t break any ground in terms of new ideas, but there is no doubt the tracks have all been lovingly crafted and that the guys are extremely proud of the album. They have every right to be, they are talented musicians and that’s a vital element in an all kinds of post stuff band. As with the likes of the aforementioned ASIWYFA and Russian Circles. Getting to a certain level of greatness doesn’t happen overnight and I think there is much promise for Cavallo. Interstices is a good solid album. Ones to watch.