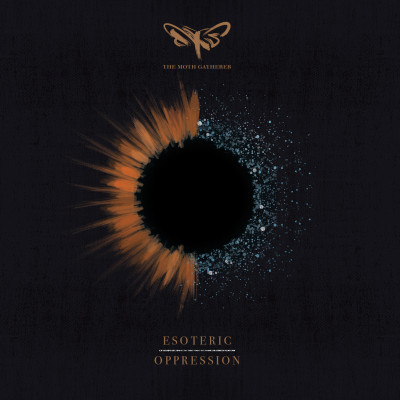 Esoteric Oppression by The Moth Gatherer

Sweden has done more than enough for the heavy music world but it doesn’t look like stopping. From a limited population bands such as Refused, Breach and Cult of Luna have really shaped a stunning musical landscape and influenced music around the globe. The Moth Gatherer add to this with a blended take on post-metal by encompassing electronic tones, progressive rhythms and licks of sludge on third album Esoteric Oppression. The balance between the heavy and ambiance is well measured and marks another superb example of the Swedish take on post-metal.

Whilst debut album A Bright Celestial Light was predominantly a post-metal affair sophomore album The Earth Is The Sky contained more restrained electronic moments and it is quite fitting that the opening track on Esoteric Oppression picks up from that point. However, ‘The Drone Kingdom’ doesn’t linger in old territory as the light drones and horns lead into a thick slow riff before devastatingly heavy screams really beef up the song. Linking the back catalogue ‘Utopia’ feels like the marriage of the two previous albums with the abrasive guitars and synthetic swirls ebbing and flowing in the moments where the other falls away. Whilst these sections seem reflective Esoteric Oppression actually comes over as the heaviest album of the three and part of this is due to the vocal delivery.

The debut album had some great but varied guest vocals that almost tripped up the flow of the album as it moved from genre to genre with each song. Apart from the glorious vocals of Messy Mathi on ‘The Drone Kingdom’ the record is dominated by the screams of Victor Wegeborn. This gives the album a focused balance and the vocals really help to create a crunching of the glacial sounding synths and really light the fire of the guitar, bass and drums. The mixture of influences occurs during the songs which round it all a bit better than the earlier effort. ‘Motionless In Oceania’ captures this feeling perfectly as it swirls in electronics between varying guitar tones which take in a post-metal vide and elements of sludge. It is a fine balance to get right but The Moth Gatherer nails it.

For a fan of Cult of Luna this album gives something really tasty to get into. It is not a copy but fits in nicely covering the raw power of early Cult of Luna work and even the spatial aesthetics of Vertical but wrapped in a unique package. Esoteric Oppression is some great post-metal and another feather in the cap for the already mighty Swedish music scene. 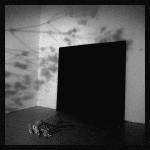