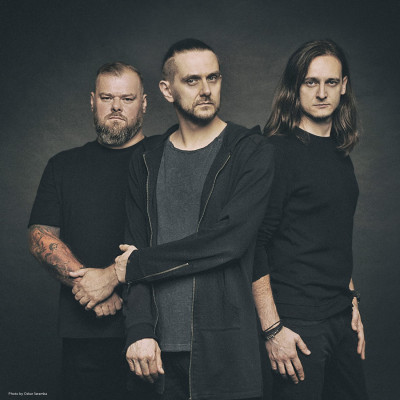 The queue for SWX stretches around the block before doors have opened. The prog fans prepared to show up early are rewarded with a performance full of verve by Lesoir. Maartje Meessen, the quintet’s lead vocalist, keyboard player and flautist, is engaging and possesses a great voice that provides the centre-piece for the groups’ sound, an artful and fairly innovative mixture of neo prog and more epic, metallic tendencies.

Having formed in 2010, the Maastricht band are already seasoned, more so given their creation was from the ashes of Maze, in which four of the five cut their teeth. The chemistry between members is palpable, with both Ingo Dassen and Eleen Bartholomeus’ guitars complementing each other, rather than fighting for prominence. In order to fully realise their studio creations, there’s a reliance on pre-recorded orchestral parts and other effects. During ‘Luctor Et Emergo’, spoken word samples are complemented by flutes and fluid guitars alongside muscular bass and drums creating a wild, free, psychedelic effect.

The set culminates with material taken from 2017’s highly rated IV Latitude album. ‘Eden’s Garden’ is a multipart piece that progresses from conventional rock song to a ponderous mid-section before launching into a bludgeoning symphonic riff to end. ‘Faith Is’ opens as a piano ballad before orchestral swells lead to a driving, groovy piece that’s somewhat reminiscent of Anathema. The band hang around during the interval and for Riverside’s set. If this evening is anything to go by, this tour looks to have been a successful one for the Dutch outfit.

Riverside are a band with a back catalogue to boast about. Like Floyd and others before them, they manage to have a distinctive band identity that sets them apart, and yet are still able to give a fresh slant on their sound with each album, gifting each its own personality. This evening is the Wasteland tour, and set list contains seven of the nine tracks from the new album of the same name. A new set of soundscapes welcomes the band on stage, showcasing their ambient electronic side – no mere incidental music.

The first full song after the intro is, as per the album, ‘Acid Rain’, involving an audience sing-along that might have been better suited to later in the set. This is followed by the raw lead single ‘Vale of Tears’. It’s testament to the strength of the new record that audience members are already joining in, and not only when encouraged by Mariusz Duda, alternately head banging to the gargantuan bass-riffs both numbers possess and singing during the two tracks’ plaintive refrains. Such reliance on a new album for the core of a set might have felt promotional were it not for the calibre of the material premiered.

On Riverside’s previous visit to Bristol, between-track banter was short and sincere. This evening, Duda seems more relaxed and in a playful mood, joking with the audience about the youthful side effects of tuneful prog, referencing the political climate in both his own country and that in which he’s playing, commenting on the male female mix in the room, and even reassuring those present that the band wouldn’t play ’Supper’s Ready’. Let’s be honest – had Duda launched into “and it’s hey babe”, there would have been more cheers than groans!

‘Reality Dream’, taken from their debut album, reveals a whirring light show befitting of the band’s status and sonically is a sublime slab of soaring instrumental prog. This is the first of a number of older tracks that pepper the setlist. Also on display this evening are Out of Myself’s title track and ‘Loose Heart’, pairing Duda’s emotive delivery with a Gilmour-esque solo from Maciej Meller, who fills the hole left by Piotr Grudziński sensitively, bringing his own style to the late guitarist’s compositions

Elsewhere we’re treated to perennial favourites including ‘Second Life Syndrome’ and ‘Egoist Hedonist’, although neither is played in full. Perhaps best of all the older songs is ‘Lost (Why Should I Be Frightened By a Hat?)’, which with its referential lyrics this evening feels like the band’s calling card. ‘Lament’, ‘Left Out’ and ‘Guardian Angel’ all serve to highlight the sensitive, emotional core around which Riverside craft their offerings: each possessing an undeniable power to sway the soul, built on by the band’s impressive dynamic range.

The more expansive tracks that make up Wasteland’s second half also provide the evening’s climax. ‘Wasteland’ ends the main set and an extended ‘River Down Below’ closes the encore, with ’02 Panic Room’ sandwiched between them. ’02 Panic Room’ is rousing with its chunky, infectious stomp, whilst the new album tracks sound like ready-made live classics. For ‘River Down Below’ Matteo Bassoli joins the group on stage to play bass, with Duda adding a semi-acoustic shine to the track.

This evening shows off one of Europe’s finest prog bands, still on top of their game and consummate professionals. Rallying against all that divides us and promoting the idea of their fans as part of a family, it’s no wonder they inspire such devotion and send the audience home emotionally exhausted but ultimately elated. 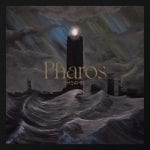