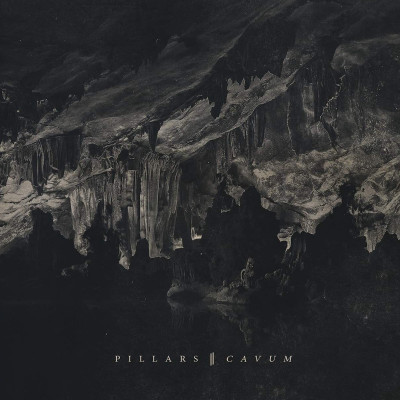 I first heard of Pillars when Of Salt and Sea was released. It took a while for it to grow on me, nothing was really clicking and I ended up not fully giving it the deserved attention. On the other hand, when the first single for Cavum was released (‘Dissolution’), it immediately captivated me. It almost sounded like a whole new band, a band who found their identity. I remember immediately going back and listening to their previous release and now it all makes sense.

It only took the very first notes in the album opener ‘Escape’ to understand this was going to be grandiose sounding record. The intro, the build up, the mid song breakdown leading to the catharsis are just all immense. Follow up ‘Dissolution’ is very Caspian-esque (not a carbon copy, but in a great way). Heavy guitar tone, beautiful lingering melodic passage, pedal effects… the works!

The first breather we have from such intensity is ‘Dying Light’, a very solemn track that gave me a sense of tranquility and peace. This is the first time we can truly appreciate the very clean and crisp production on this album. Not that it was bad before, I was just distracted by the sheer quality of the songs.

‘Black Prayer’ brings back the Caspian vibes, melodies and guitars. I love the crunchiness of the guitars. The leading/main riff is a monster and catchy at the same time. Immense riff leading to an apocalyptic ending.

‘Solace’ and ‘Coda’ bring the album to an end with a mix of introspection, positivity, hope and calm. ‘Solace’ again emphasises how well Pillars can write beautiful melodies and how their guitars are the centerpiece of their work. If you stop and just listen. Screams positivity and hope. Tides of Man vibes. ‘Coda’ starts solemnly on the piano along with some background noises (what seem to be children chattering and playing), then strings, then culminating with all the other instruments.

As cliché as it might sound, this is a perfect balance between melody and heaviness. ‘Escape’, ‘Dissolution’, ‘Black Prayer’ being the heavier songs, ‘Dying Light’, ‘Solace’, and closer ‘Coda’ being more melodic and introspective. I don’t hear magic Post Rock formulas being used or rehashed. I hear a band with an identity.

It’s been good to see the band is now a part of the A Thousand Arms and Dunk! Records family. They deserve the exposure, attention and help boost them into the top tier of Post Rock. They definitely challenged themselves and upped their game with Cavum. Only good things can come now. Playing live at Dunk! will be their next big step and I can’t wait to be there for that!