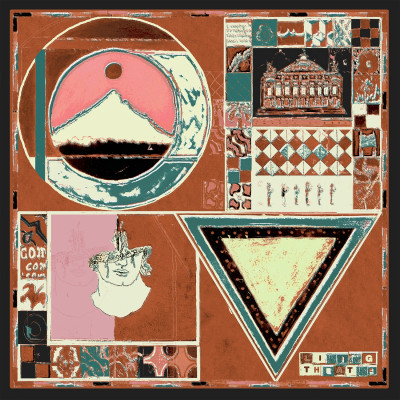 “The title was inspired by the experimental thespian movement in New York of the same name, in which actors broke from tradition by creating an experience of communal expression.” So says the PR blurb that comes along with the second album Living Theatre by songwriting duo Olden Yolk.

In (rock) music terms, that sounds certainly comparable to one band – The Grateful Dead, a band that was certainly communal. But one thing many forget, including their fans, is that they were experimental, combining musical elements with grace and ease, often making music that on one hand was easy on the ear and still complex and sophisticated. That ease of combining musical elements and then coming up with music that is ‘easy’ to listen to, was hard to replicate, with rare success, like it was done, say, by now almost forgotten The Kingsbury Manx.

With their initial self-titled album, Olden Yolk indicated that they might come up with something similar. With Living Theatre they confirm they can! And it is their approach that that reminds of both the Dead and the Manx – they pick up on almost anything – from disparate sounds that do not sound so disparate, like ‘Meadowlands’ , or that so languid, so cool psych-folk approach of the single ‘Cotton & Cane’, or ‘Castor & Pollux’.

At first, it all sounds so familiar, and yet, Shane Butler and Caity Shaffer who comprise Yolk (supported here by Eliza Bagg, Frank Maston, Peter Wagner, and Benjamin Levinson) keep on adding elements and layers that give that familiarity another dimension(s), like the underlying minimalistic organ drone/fill, and distant sax on ‘Violent Days’. It is these touches and elements that separate Olden Yolk from the ordinary and lift their music into something you want to take another listen to. And then another, and another… Excellent stuff.