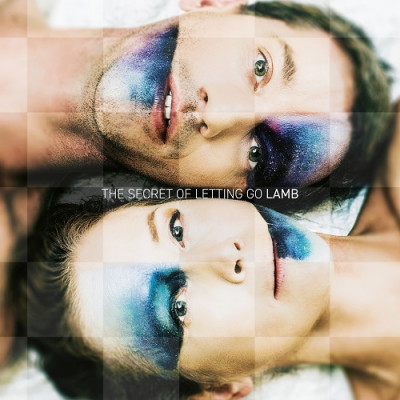 The Secret of Letting Go by Lamb

I got off to a bad start with Lamb’s new album The Secret of Letting Go. When a reviewer agrees to review an album they get sent the files (MP3, WAV, whatever). So it was with Lamb. After a couple of listens I was distinctly unimpressed. The sound was muddy, the music almost in the background. I prepared to write an unenthusiastic review. But the first files sent through were low quality, with tiny file sizes, and someone more tech-savvy than me noticed and forwarded the correct files. And man, the difference! The first track ‘Phosphorous’ just pops out of the speakers, the sound so clear it almost cuts the air in the room. It is a beautiful sounding album. And the contrast made me appreciate listening to it all the more.

From then on the album was a joy to experience. A bright, accessible trip-hop vibe flows throughout, although there’s a pleasing undercurrent of tension in the bass notes, the rumbling asides that complement Lou Rhodes’ high vocals. Highlight for me is ‘Armageddon Waits’, a sassy, almost raunchy number that rolls and swaggers along, with some swelling strings and a mystical, rousing chorus. The uplifting vibe belies the songs subject matter – judgement day.

‘Bulletproof’ features downbeat bass tones, using the signature bass sounds that characterise much of the album and turning them into an entire song. This drum-and-bass theme is contrasted by ‘Deep Delirium’, which is full of edgy sax and late nights. Title track ‘The Secret of Letting Go’ is all hesitant, hypnotic synth sounds. At first it sounds like an interlude: it’s not the ‘headline’ track and it doesn’t jump out. But the repeated refrain, ‘The secret of letting go is forgetting to hold on’ works its way into the listener’s psyche. On repeat listens it becomes the counterpoint of the whole album: the song where Secret shows its true heart. This is the seventh album of a band who have had triumphs and accolades and who then decided to split. This post-reunion work has a certain fragility about it, laid bare in the lyric ‘the secret…’, written when they had decided to go their separate ways.

The remaining tracks bear this trace, a bearing of the soul; they’re more understated, more subtle and take a lot longer to get into. That’s perhaps a circuitous way of saying that the album is front-loaded with the more upbeat tunes, and perhaps that’s true, but there’s a lot to love in the second half. There’s the delicate ‘The Other Shore’, with its faltering vocals and snare-led outro, the freeform alt-jazz of ‘Deep Delirium, and the quietly fizzing, jungle-esque vibes of ‘Illumina’.

In The Secret of Letting Go Lamb have made a beautiful-sounding album that has depths that are not apparent even after just a few listens. There’s a melancholic air that hides behind the bright, forward-looking blend of electronica, jazz and trip hop. It is thoughtful album that does not shout from the rooftops, but which displays a quiet intelligence that should not be underestimated or ignored.