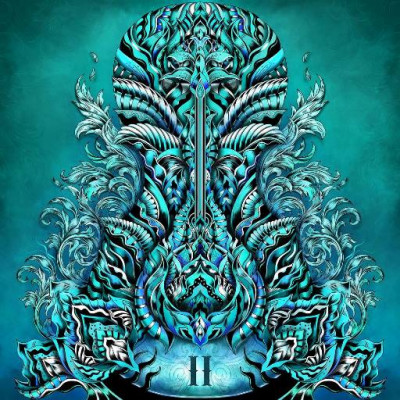 Kamancello is comprised of cellist Raphael Weinroth-Browne and Shahriyar Jamshidi who plays the Kurdish Kamanche. This east-meets-west duo are set to release their second full-length album on May 31st. The album is entitled, Kamancello II: Voyage and it is made up of four moving and intense tracks. As the album title suggests, this album will take you on a voyage of sound and set your imagination afire. As with their first album, this album was recorded live and completely improvised and unedited. For me, this makes the album even more incredible. You’ll see what I mean when you listen to it.

The album starts with the track called, ‘Emergent’. It starts with a slow build which is both calming and soothing. A slow start to the dance, if you will. The duo play off each other as if they are of the same mind. Building intensity along the way.

As the title of the second track, ‘Tenebrous’ eludes to, this track has a darker tone compared to the first. It is both sorrowful and thoughtful. Where in the first track, I imagined leaves blowing in the wind, this track created an image of a lone dancer on a stage. Dancing with heartfelt anguish and expression. About a quarter into the track, it picks up intensity. I found that the latter part of this track showed Raphael’s metal roots, which is always pretty cool to hear. He proves time and time again that there are no boundaries where music is concerned.

The track ‘Voyage’ created an image of setting off on a voyage at sea. It’s a very cinematic track, very intense and it sparks adventure in its movement.

‘Threnody’, as the title suggests, ends the album on a beautiful lament. The last quarter of the track is gut-wrenching and hits you right in the heart.

While listening to the album, I couldn’t help but be in awe. To think that this album was recorded live and completely improvised is quite an accomplishment and a testament to both Raphael and Shahriyar’s musicianship. I was blown away by their first album but this album has completely sent me to the outer limits of space.