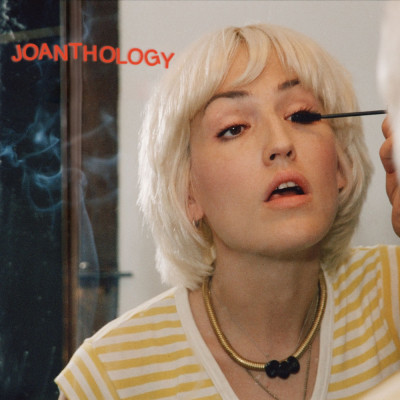 Joanthology by Joan As Police Woman

There is a time in every successful musican’s career that their label’s thoughts turn to a greatest hits album. However, given the state of the charts and the difficulty of an outer-rim, expressive artist to have a bona fide countdown-worrying hit, the naming of such compilations has become tricky in recent years.

Joan Wasser, the erstwhile and idiosyncraticly monikered Joan As Police Woman, has got round that in typically robust style, portmantaeuing her name and the nature of the collection into the nod and wink Joanthology. However, listening across its 31 tracks, what it reveals more than anything is exactly why she cannot gather together a greatest hits in the truest sense of the phrase.

Formatted chronologically, the anthology reveals how her output follows the law of diminishing returns, as since the release of stunning debut Real Life in 2005, each progressive album has provided a little less, as she has searched to find the winning formula again and again and again. As such, the album starts in sparkling fashion, with the languorous wonders of ‘The Ride’ and that debut’s title track sitting proudly alongside her early masterpiece, ‘Eternal Flame’, a track which weaves swirling layers of vocals over a slow, determined beat to magnificent effect.

Equally, the tracks from her second effort To Survive stand up to repeated scrutiny, particularly the wearily beautiful duet with Rufus Wainwright, ‘To America’, and the tender devastation of ‘State Of My Heart’. From there though, the genuine greats are few and far between. Nothing is without merit, but only the Motown-like nodding of ‘Holy City’, the subtle spike of ‘Broke Me In Two’ and the drawn-out punch of ‘Flash’ hit the same heights as those early pieces, while an ill-advised cover of Prince’s ‘Kiss’ hits a particular bum note.

There is an welcome bonus in the shape of an 11-track live show, recorded for the BBC, which shows how tender and delicious a live performer Wasser can be and highlights that she does know how to stamp her personality on a cover version after all, as a bold rework of Public Enemy’s ‘She Watch Channel Zero’ noses ahead of her own compositions.

Ultimately, Joanthology, like all of Wasser’s albums, has plenty of beautiful and powerful songs, but in the manner of her later output, it also has its more pedestrian moments. It’s probably best filed under filler with the hope that in compiling it, she has been inspired to return to the revelatory splendour of her first two albums in the future.