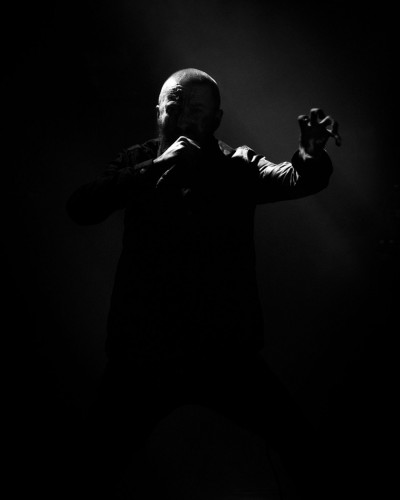 At a quarter to two on a Saturday afternoon, Elephant Tree’s Jack Townley reminds the excellent turnout at the Electric Ballroom  that their last Desertfest performance, at the Underworld in 2017, resulted in bassist Peter Holland breaking his belt, which led to an amusing trouser disaster. No hilarious mishaps this time as they bounce their way through a heavy but soothing, top quality stoner-blues set, with their expertly contrasting vocal-tones crooning providing hangover-cure harmonies. Starting the set with the seductive ‘Dawn’ they also deliver three newly penned numbers, which give the impression Elephant tree may be about to take flight and elevate to even higher altitudes; while drummer Sam Hart’s fortieth birthday, consequently gets the crowd to participate in a rendition of ‘Happy Birthday’. A fitting celebratory performance all round.

Over at Our Black Heart, Worshipper take a time-machine trip back to the 1970s, when melodic hard-rock ruled. Gimme Radio’s John Brookhouse-led rockers remind you of early Rainbow and the glory of U.F.O. as melody runs through the centre of their sound. It leads to an enjoyable homage to the classic rock genre. Returning rock back into the present twenty-first century is Norwegian Grammy award winners Arabrot, whose cross-breed of styles inject traces of glam, stomp, and the Gothic darkness of Nick Cave and the Bad Seeds ilk at their most-heaviest. The vocals can, at times, border on warble overload but their sound is strangely alluring, though the gravitational pull may have been stronger if the engineer had just turned it all down a notch.

Then it got strange for a while: those anticipating Monkey 3 were greeted instead to the band entering on stage to announce they had to cancel their show due to equipment damage by the good people of Easyjet on their journey over. Holding a clearly visibly smashed keyboard for all to see, it begs the question, was this the only piece of damaged equipment? If so, one wonders if they could they have played anyway.

Being at a festival for a weekend does consequently mean personal mood can affect which way your musical listening pleasure will be best served. It was the case for this reviewer regarding Stoned Jesus: a good turnout and positive crowd reaction produces an instant. lively mosh-pit; but their fuzzy stoner rock, which I do enjoy normally, miss-fired today at 5.40pm. Even the excellent ‘Thessalia’ didn’t hit that sweet spot which it normally guarantees. I think it was more of case of about me, not the band. I really tried. Sorry, guys. Instead the quick march over to the Our Black Heart to, as it turns out, catch the last song by heavy psych space-cadets Psychlona proves that heavy psych-rock is indeed the musical mood I am in, as they left me deeply wanting more.

Then, just as I was feeling I was struggling, The Skull restored my usual excitement and relish for all things heavy. “I need weed and whisky,” announces former Trouble vocalist Eric Wagner, and a small bottle is duly handed to him from a member of the audience. They then proceed to deliver a masterclass of Doom. Diving into an equal mix of songs from their two albums to date – For Those Which Are Asleep and The Endless Road Turns Dark – the sheer quality is staggering. The deep richness of their sound, textured melodies, the gargantuan sized riffs, harmonising guitar solos, all gelled together by a tightness only long-time pros can execute, is a sheer joy to experience.

And it’s great to see Eric clearly enjoying himself, as he proves what a naturally amiable performer he is, constantly greeting the crowd with personal handshakes. Then, to top it all off, the band treat the audience to a pair of classics by his former band, Trouble. The exhilarating up-tempo ‘The Tempter’ and the mighty earworm ‘The End of my Daze’ are the selected cuts.  I was left breathless, and energised. . . The Skull rule!

So, can anyone follow that? A change of scenery and style may be the best solution to enable such an attempt. The decision is take in the twentieth anniversary of Amenra, and it proves to be a wise choice as they put on a devastating performance of mind-blowing controlled intensity. Theirs is a sound which has a multitude of contrasts: whispering quiet passages to sudden bursts of stunning ferocity, clean vocals juxtaposed with high end growling. But throughout the set, the heaviness never overwhelms the melodies, even when they are at their most excessive. Well-thought-out moving visuals back drop – life and death imagery of trees, birds, and churches –  vocalist CHVE’s back turned to the audience until the final 10–15 minutes, plus minimal but effective strobe lightning and the occasional use of a smoke machine, complete the formula as Amenra cap their anniversary year with an immersive, captivating, and hugely memorable show. 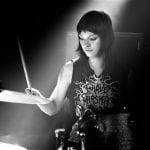