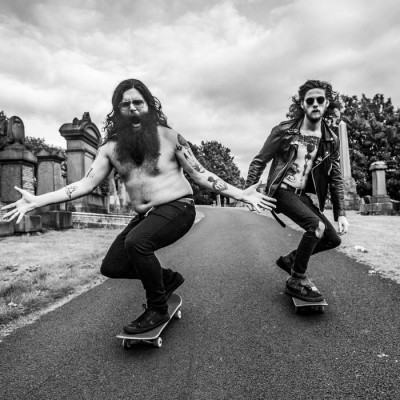 The snarling ‘Got The Life’ kicks things off in fine fashion as it literally drips with vivacity and you just know that this one will be a firm live favourite, complete with a brilliant shoutalong chorus. ‘Kale Them All’ follows and keeps the energy levels high, with the band sounding even more unhinged over the harsh riffs and pounding drums as they chant the songs title with passion and venom and the song becomes even more epic sounding as it progresses before reaching its logical conclusion.

‘Life’s Alright’ finishes the EP off in style with a longer intro that builds and builds until it suddenly morphs into a garage punk stomp that shows off the power of the Acid Cannibals song, complete with another chant along chorus that’ll be stuck in your head for ages.