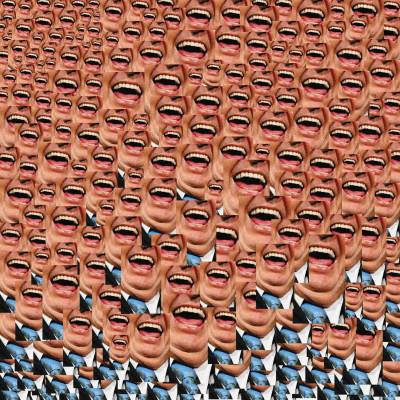 Blood/Money by We Wild Blood

After watching their gig with Oneida and Mugstar, I’m really fucking excited about We Wild Blood. With each member of this psychedelic Cerberus bringing their own instrumental function and individual vocal style there is an allure to the group’s potential for expansion that unhindered by one chosen front-person could take on many different forms. It’s interesting to consider that where in the average band you might write the whole thing off if you don’t like the singer, with these guys you have two other members with their own voice that you could enjoy immensely. For this review, I don’t have their lyrics but, I’d be interested to see what effect eschewing a frontman has on this facet of the band, whether or not each member writes from their perspective, whether there is one lyricist or whether they’re just drawing shit from a hat, I don’t know. I find this idea of egodeath in psyche music and psychedelics immensely fascinating.

In a way, Blood/Money feels like the dawning of a new era of desensitisation. It’s interesting to me that between 2014 and 2018 there seemed to be an increasingly angry and hopeless surge of disdain in my corner of the UK’s underground music scene. Epitomised by Gnod’s relentless 2017 LP ‘Just Say No To The Psycho Right-Wing Capitalist Fascist Industrial Death Machine’, which took no prisoners in its assault against society’s pitfalls, I felt as though rebellion was once again becoming the voice of an outraged population. But now, that outrage is subsiding. How can anyone read the news and be surprised? Everything is laid bare for us to see, wide scale corruption, bigotry and stupidity. The motivation is subsiding and now it seems the answer we will offer is not to scream by to sigh.

This album feels like my brain walking through an aisle of newspapers, zombified amid chaos. I’ve given up caring because I’ve finally started feeling powerless and disenfranchised. What one might call The Dead Flag Blues. It seems so fitting that this album be titled Blood/Money when it seems for me to be vocalising the last embers of resistance against a developed but dying world concerned only with those two things. Three disembodied voices like angels from Wings of Desire, strolling through what those of this mortal coil would refer to as chaos. Their vocals, for the most part, a solemn hymnal against the furious rhythm of a storm. Each synth striking like tongues of lightning, each bassline and drum beat totally fucking relentless. When I saw the band live the drummer’s sticks were splintering off into the crowd, the bassist was playing with his fucking fists, literally punching his instrument and the synths sounded like the wires in my brain burning. Experiencing this band is like being carried away on a raft by a strong current and you’re freaking out but, they’re the raft and they don’t give a fuck. Constant rise and fall.

I feel as though the best song for summarising my understanding of this album is ‘DDMP’ which features, I believe, all three vocalist bellowing “drugs, drones, mobile phones”. It’s reminiscent to me of both post-punk’s critique of commerce against the individual and the similar exploration of this later in Radiohead’s ‘Hail to The Thief’. A skeletal summary of what I think the band is doing here is essentially removing the human element from the concepts they’re concerned with. The music can speak for them as can the recipient. I feel like I know what We Wild Blood are conveying to us by the sonic landscape they create whilst chanting “drugs, drones and mobile phones”; they’re letting the music speak for itself. However, I do also choose to decode this message as being a critique of an escapist mindset in an increasingly Orwellian society… I don’t know if this is simply me on a rollercoaster through The Death of The Author or if I’m actually understanding this album. Though as much as I find it highly intriguing to plunge into the collective mindset of We Wild Blood, I think on a simple level the band has crafted a cohesive facemelter of an album that takes the listener through a variety of styles and directions, which I like to think might come from different members having different levels of writing involvement on each of the songs. It’s absolutely fucking brilliant and I’m excited to see where they’ll go from here.