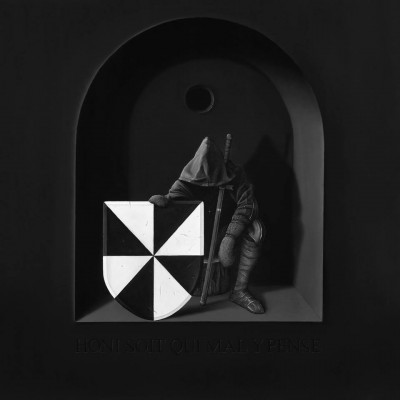 Lost Highway is the second in a trilogy of UNKLE albums (The Road) on the theme of a journey and deals with the unexpected events that can occur while travelling. The eclectic nature of the tunes herein fit that theme perfectly: from swaggering trip hop to stripped back more soulful sounds, The Road Part II is a work in two acts, each featuring 40 minutes of music. The songs are interspersed with samples and interludes, each marked ‘Iter…’. 2017’s Part I featured ‘Iter I–VI’, and Part II  picks up at VII.

James Lavelle has always created his albums as stories to be told, with spoken parts between the tunes proper, and the high art aesthetic of his projects always give the feeling of a journey, even before the current trilogy. Psyence Fiction started it all more than 25 years ago, even then bringing in all and sundry to perform alongside its fractured techno. After the polished trance of Never, Never Land and brash rock ballsiness of War Stories, UNKLE albums took a much more pop-oriented edge, notably with superb follow up Where Did The Night Fall’s soaring ballads. Notable collaborators over the years have included Elliott Power, Mark Lanegan, DJ Shadow, the late and much missed Gavin Clark, Richard Ashcroft and Massive Attack’s 3D. Lanegan is pretty much a constant these days and along with Elliott Power adds a distinctive vocal sound to many UNKLE tracks.

In Lost Highway I was madly hoping for a stronger outing than Part I, because that album for me was the first disappointment in Lavelle’s career. Despite highlights such as the Lanegan-sung ‘Looking for the Rain’, Part I was a weak effort, front-loaded with a few decent tunes before drifting off into much less distinct territory. The Road is a much more balanced album than its predecessor, with some strong and varied tunes all the way through, alongside the trademark Lavelle interludes.

“Once you have walked the road, everything becomes clear” says Elliott Power on the first spoken section, followed quickly by Mark Lanegan’s plaintive ‘Requiem’. His cries are interspersed with spoken-word snippets and a cinematic synth melody that calls up Blade Runner. This gives way to a proper highlight, ‘Ar.Mour’, featuring Elliott Power and Miink. This track has an intriguing, quirky trip hop rhythm with a tight little guitar riff played in call-and-response style and Elliott Power rapping – who sounds like a kind of a modern-day Tricky minus the nicotine-infused world-weariness. Other highlights include ‘The Other Side’, which is a pure pop anthem sung by Editors’ Tom Smith, the trancey euphoria of ‘Touch Me’, the swaggering ‘Nothing To Give’ and ‘Feel More _ with Less’, which harks back to some of the female-fronted tunes on Where Did the Night…. The list of collaborators on this album is huge and wide-ranging, from spoken word contributions from Stanley Kubrick’s widow Christiana to The Clash’s Mick Jones, The Duke Spirit’s Leila Moss, and Noel Gallagher’s High Flying Birds vocalist Ysée among many, many others.

The sprawling nature of The Road’s first two outings don’t make them UNKLE classics. Earlier albums were crammed, end to end, with fantastic tunes. Not a minute was lost on filler, and sadly The Road Parts I and II have a great deal of the latter. Part II is far tighter than its predecessor but I can’t help feeling that an exercise in cutting 25% of the weaker material would have led to a better album. Perhaps it’s just me. I feel reticent about critiquing a producer and artist who has made albums that I cherish. Selective listening will reveal some genuinely outstanding highlights on Lost Highway. But as a complete set it doesn’t hold a candle to earlier work.