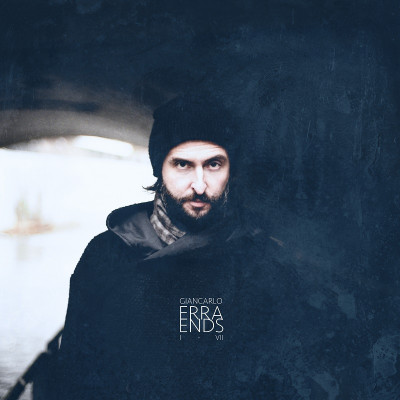 14 years into his musical career, Giancarlo Erra is only now releasing his debut solo record. Having freed himself from the constraints of writing and singing songs, he has now taken the chance to uncoil sinews of instrumental brevity and, in doing so, has created a work of heaving emotional frailty.

Ends is littered with light and bubbly minimalism. Looping patterns swell, expand, and veer into new territory. It is the gentle play of crisp spring mornings. Of a subtle bite in the air. Of rising in time to wet your shoes on dew and lose your sight in settled mist. The thumping beneath vibrant strings elicits thought of adventure, of stepping out into the unknown.

‘End II’ is more mournful. It contains an undercurrent of longing. Distortion only bolsters this further. Erra is certainly cut from the same cloth as those Erased Tapes types. In fact, the deep bass throb and ticking hi-hat on ‘End V’, gives this the sense of bvdub collaborating with the likes of Ólafur Arnalds or Jóhann Jóhannsson.

Elsewhere, the emergence of a cello underpins the trickling melodies with its distinct, throaty roar. A bowed saw even makes an appearance. What sounds like the finger-picked strings of a banjo transmitted across time continuums gives ‘End VI’ a ghostly clattering sound that has been tidied up and brought into line. This otherworldly effect does help to separate this instrumental piece from the others. Similarly, for the final track – the ‘Coda’ – the presence of electronic beats up top rather than submerged beneath sliding strings elevates this into something approaching trip-hop. It’s practically crying out for the timbre of Beth Gibbon’s voice to ache out across it.

‘End I’ contains a refrain that glints through crackly interference like an emotional relative reading at a funeral, praying that their voice doesn’t break. The way that the violins progress is with a degree of hope that is forever chained to something deep and foreboding. This is never just uplifting. It is always served with the weight of a forlorn guilt or regret. Some immeasurable sadness that will always dampen the eyes behind each smile.

The bulk of Ends follows a very particular blueprint. There is no need to fix something that isn’t broken, as they say, but the underlying sense of this album seems to be about repairing or processing something. It returns to similar territory with similar approaches and similar results. That these tracks are each “Ends” suggests that they are attempts to find a fitting finale for some idea, narrative, or experience. With each of these iterations Erra is perhaps vanquishing some ending that he has lived and is now striving to replace with one that he has more control over. The saddest aspect of this is that, no matter what he tries, the resolution is the same. We are left with a haunting melancholy that can’t ever quite maintain its grasp on the fleeting joy that is snatched from us. The track titles are out of sequence. They’re muddled, confused. But still this flows from one piece to another, like a jigsaw that slots together in myriad ways. With each changing layout the picture alters slightly but never seems to escape the looming hurt.

If this album was a film score, it would be the heartbreak at the end of the second act on repeat.