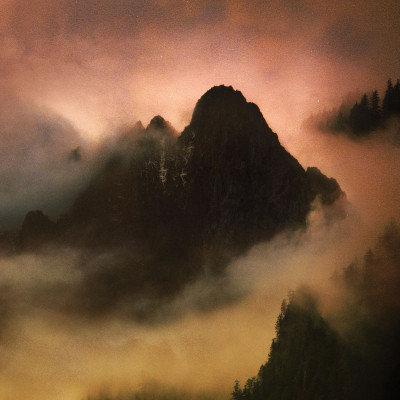 Elegy by Dead To A Dying World

The beauty of music is the sheer range of possibilities that can be fitted to your current mood, time restraint and general daily business. Sometimes you need a quick pick me up whilst at other points there is more time to delve into a record and be smothered by its offerings. In its vastness, Elegy, the third album from Dead To A Dying World can be fitted into numerous different time spans. Whilst the longer compositions offer some cello driven blackened crust that will get the blood pumping there are also moments of mystery that reward further listens. This is a very well-crafted album that doesn’t reveal its hand too early but offers more than enough to pique intrigue and return visits.

Elegy is set up with six songs, half of which stretch over eleven minutes and each is preceded by a lighter and shorter track. Whilst these prelude/interludes are calmer, the rest of the album is not a constant pummelling. The longer tracks move over various genres and ebb and flow from dark to light and back again and each lull falls into different territory. For example the first break down of ‘The Sheer’s Embrace’ drips with post-rock guitar tones which drive back into a crescendo laden with demonic black metal vocals. This moment came on the back of great driving riff which looped in cello and harsh screaming vocals and these forces combine again after the relaxed middle section.

When the cello, guitar and drums get into full swing it is reminiscent of bands such as Anopheli and A Forest of Stars and that comparison is the tip of the iceberg when it comes to the ground covered. When the band flicks the switch to step up a gear there is always a crust element there, most notably in ‘Empty Hands, Hollow Hymns’ whilst ‘Of Moss And Stone’ twists from crust and closer to black metal. Opener ‘Syzygy’ shows the glorious Southern twang on the clean vocals of Mike Yeager in a sparse desert atmosphere whilst ‘Vernal Equinox’ is far more ethereal with the vocals of Heidi Moore showing a more operatic side.

Elegy is an intelligent piece of work which will give the listener the same value they give it. It may be easy for parts to drift by if concentration slips but there are moments that drag you back in. However, if full attention is given to sinking into the lows and feeling the highs the value of the reward is so much greater.