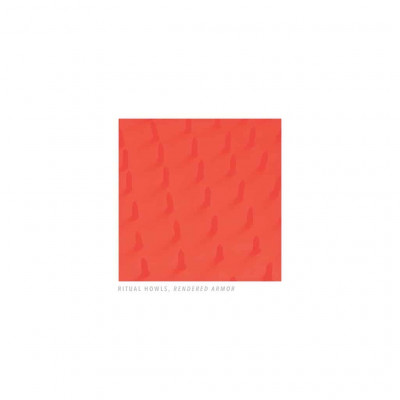 Rendered Armor is the fourth release by Ritual Howls, a trio from Detroit, comprising Paul Bancell on vocals and guitar, Chris Samuels on synths, samples and drums machine and Ben Saginaw on bass. A fair few elements of the band’s sound, the dance floor rhythms, the sheen of industrial rock and a certain decaying, post-apocalyptic vibe are to be expected from the Motor City. But whilst their home town is synonymous with both techno and hard rock’s dark underbelly, Ritual Howls have other, less expected sonic weapons in their… er…armoury.

The accompanying press release describes them as ‘Calexico on goth’ which is startling and not entirely correct, but it begins to explain their basic schtick. Bancell’s dry, cavernous baritone mixes with twangy Western-style guitars, Samuels’ glassy but urgent synths and Saginaw’s upfront, hard, fuzzy bass lines dominate. It is a peculiar, but not entirely unfamiliar mix, a sort of Bela Lugosi’s Deadwood, and when you mix it with the dark, occult tinged lyrics, then the dusty spectre of Fields of the Nephilim very clearly soon emerges through the dry ice. Bancell’s vocals actually sounds more akin to Andrew Eldritch’s and some numbers are more beat heavy, with the action sounding rather like it’s occurring in an indie disco in Leeds in the 1980’s, not across a hot and barren vista outside some border town, but either way the sound is fully realised and fully committed. There are a couple of moments where even a fan of this type of dark malarkey, such as myself, can see the band teeter on the edge of parody, particularly when Bancell starts banging on about his complicated relationship with a girl named Veronica, but in general I think Ritual Howls have got this pitch perfect.

The band have clearly honed their sound to the point of super confidence in their craft and when ‘Alone Together’ opens proceedings on a huge Duane Eddy-style riff, brittle sounding drums and needling synths you immediately know where you are. When Bancell then croons ‘We’ll build an alter of sage, bones and feathers’ the picture is complete.

Perhaps the most exciting results of the bands cross-culture adventures is on ‘Love Cuts’ which imagines a techno remix of Nitzer Ebb with Poison Ivy of The Cramps lending a mean and wild guitar riff. An absolute banger and no mistake, it sounds a bit like Rammstein too, now I think about it.

Once you start going deeper into Rendered Armor you see a lot of unexpected musical connections, so that what at first sounds like a very strange and singular world reveals itself to be not too far from more recognisable landscapes. The slower to mid-paced numbers like ‘Devoured Decency’ and ‘Thought Talk’ with their subtler beats, lonesome guitars and hard-bitten, wounded atmospheres recall the recent solo work by Mark Lanegan.

It’s fair to say though, that if you don’t like one tune, you won’t like any of them, as this heavily stylised gothic dance-rock will leave a lot of people cold. If however you have a penchant for the dark and the dusty then tunes like ‘Mother of the Dead’, ‘Love Cuts’ and the super menacing ‘I Can Hear Your Tears’ will scratch a very particular itch. 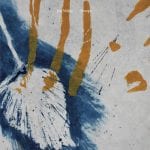