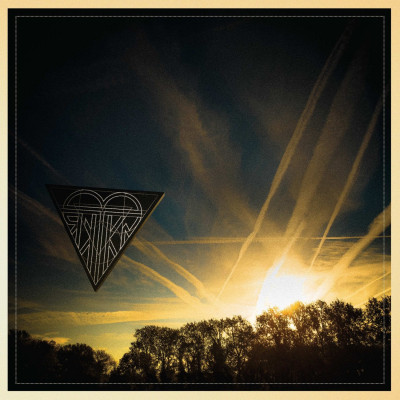 Raketkanon’s RKTKN #3 is the most frustrating album I’ve listened to in a long time. On one hand the instrumentation is genius. If this was an instrumental album, I would be all over it and giving the Flemish band early dibs on album of the year. Unfortunately, it is not.

A few years ago, a much younger Raketkanon emerged from Belgium with an irreverent obtuse style of math rock that integrated synthesizers and all sorts of other non-guitar-based sounds with a healthy dose of rage and humor. Steve Albini produced their second album, so, canonized by the god of harsh himself, the band attracted many like-minded fans, smart-asses who loved the idea of thumbing their nose at all things traditional. Key in their appeal was Pieter-Paul Devos’s vocals, which were full of fire, fury and comedy, but delivered in a language no one spoke. It was made up gibberish to sound like lyrics. The first time I heard the band, I thought it was a great novelty item and, being a cooler-than-thou smart-ass, myself, enjoyed the hell out of that second album.

But now many years have passed. The band is no longer a bunch of snot-nosed hipsters, they are mature musicians and technically at the top of their game. In addition, the songs on RKTKN #3 are slower, more pensive, more deliberate, more emotional, more everything…and yet Devos still sings in gibberish. Where it was once cool and funny, now this just seems like a huge missed opportunity. All I could think of as I was listening to the album is what could have been. If Devos had put his mind to writing something as meaningful and interesting as the underlying music, even if he’d borrowed words from other great lyricists or poets, this album could have been one of the best of the year and a break through for the band in terms of its reach and appeal.

Unfortunately, he didn’t. There are a couple of moments in the 5th song ‘Robin’ that give the listener a hint of what the song’s subject matter may be, with Devos repeating something that sounds an awful lot like the word “Suicide”. I guess one could argue that hints like this could give the listener the opportunity to interpret the music through their own emotional lens. But it still seems very pretentious to me and at the end of the day, detracts from the enjoyability of the album.

Again, the instrumentation is excellent. The musicianship is above and beyond, particularly in the drumming department, about as good as anything you will hear this year. However, the album has a big-ass Achilles heel, which unfortunately makes it mediocre otherwise. The novelty of #1 and #2 has worn off. The kids who thought singing in a made-up language was cool are all grown up. Raketkanon should have grown up with them.