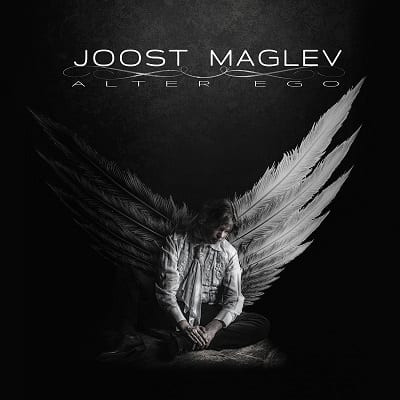 It’s been seven years since multi-instrumentalist Joost Maglev has released his first full-length studio album, Overwrite the Sin. When I first heard the album, I was very impressed of what Joost brought to the table. It had this combination between AOR (Album Orientated-Rock), Dance, Pop, Classical, and Hard Rock. Following in the footsteps of the Progressive Pop pioneers that Joost listened to after checking out his Dad’s Electric Light Orchestra records, he’s back in full swing this year.

Alter Ego is a follow-up to Overwrite the Sin. Released via Bad Elephant Music, this showcases his songwriting, tackling personal subjects, and his own burn out. What also struck me with Joost Maglev is how long he’s come through since the release of his debut album and deciding to take it a step further.

And with a little help from Ben Craven, Arjen Anthony Lucassen (Ayreon, The Gentle Storm), Renaissance’s Annie Haslam, Knight Area’s Mark Bogert, and Equisa guitarist and drummer Sebas Honing and Stefan Maas, they’re lending Joost a helping hand to bring his Alter Ego to life. They work together as a team and showing not only just lending a hand to Maglev, but bringing the stories to life.

When you listen to ‘Angel’, it is this cross between the sound of the Nintendo Entertainment System, Aviary’s sole self-titled debut album, Styx, and Van Halen’s 1984. Joost combines all these different textures by putting them together as if he’s writing the alternate score for the second installment of the Mega Man franchise. With soaring backgrounds, Dennis DeYoung like background vocals, and some unexpected moments, Maglev takes the listeners beyond the horizon.

The rising heat gauge on ‘Corpus Christi’ goes up for the instruments to channel Rush’s ‘YYZ’ as guitars, bass, and drums to go into this 39-second attack mode before changing into this waltz-like ballad with an acoustic-folky twist and then back into the harder rock voyages once more. But then on the 3 minute and 53 second mark, it gets really fast.

Metallic riffs, synths, and pounding drums setting up some sorts of an attack mode as the tempo increases to some fast sped sections from the guitars to go into the structures between the duels of Iron Maiden and the Hot Rats-era of Frank Zappa. Now for me, on the next two tracks, kind of sets up the events from the characterizations on Overwrite the Sin.

With ‘Ever After’, it’s Judith’s downfall and where she is after everything has collapsed around her entire empire. Everything that she had; fame, attention, ruling a city, and being in love with herself, has now crashed down for her. Joost is very much like a narrator and letting the listener know that Judith is now is in isolation as the folk-like melody sung by Annie Haslam, is giving some sorts of comforts to her.

But the signs of redemption and bringing closure to Judith’s story, comes too late. The music sets up this mournful structure before the guitars of rhythm and lead done by Arjen and Sebas sets up the keyboards to go back into the Nintendo mode and hopefully giving Judith a sign of hope before kicking the doors down as glimpses of the ray of light finally showing up.

‘Judith Episode II’ continues where the midsection left off from the waltz in ¾. Joost carries a touch of Queen and Aviary from the crossovers. It goes from a Brian May-sque alarm into a classical guitar’s brief section as the doors finally open to give Judith a chance to redeem herself and reading the letters that the person sent her to show how much cruelty she had towards her kingdom by ruling with an iron fist.

But it also shows the characterizations of letting her go and seeing what will happen next. There’s some nods to Kayak’s first two albums and Maglev brings these climatic sections of a classical electric guitar by shredding it up as the vocals raises higher grounds to make it towards the light at the end of the tunnel and seeing that Judith makes it there to see that Bright Light to come up to the surface while the title-track is Joost’s tribute to the baroque-pop sounds of Brian Wilson, The Beatles, and Beardfish. He walks down memory lane with some nod to both Jeff Lynne and Freddie Mercury as if he recorded this song during the sessions for A Night at the Opera.

This is my tenth time listening to Alter Ego. I have to admit this, I nearly wept of hearing Maglev’s follow-up. It shows that Joost has brought more ideas to the table for his second release. He hasn’t lost that spark inside his heart and mind of where the doors will take him into the next parallel universe that awaits him.