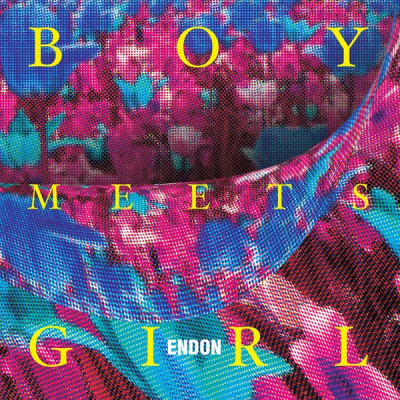 The wonderful noise that Endon make continues to astound and on their fantastically abrasive new album Boy Meets Girl, it gets even more berserk and even more thrilling as the album unfolds. The album is pitched as the soundtrack to a horror film about love and as it pounds your eardrums into submission that description makes perfect sense.

A wall of sheer noise greets you as soon as the albums opening title track explodes with a grinding detonation that is enhanced with some of the most unhinged vocals, courtesy of Taichi Nagura, to grace a record since the late Iron Monkey frontman Johnny Morrow screeched and poured his lungs out through Our Problem. These vocals seem to be competing over that wall of noise with some fine industrial style riffing and they complement each other superbly.

This fairly brief opening barrage continues for the next couple of songs which fly by in a relatively short manner, ‘Heart Shaped Brain’ is a nonstop barrage of deliciously noisy chaos while the harrowing ‘Born Again’ leaves you feeling anything bit before it descends into at the conclusion of the track. This blistering start barely leaves you with any breath before Boy Meets Girls undoubted centerpiece ‘Doubts As A Source’ takes over and this almost twelve minute behemoth of a track destroys anything in its path straightaway before morphing into something resembling Mr Bungle gone full on grindcore, which is as bizarre, unsettling and deliriously brilliant as that sounds with the sound growing more deranged as time goes on, especially the hellish and harrowing finish.

‘Love Amnesia’ is a more upbeat affair with some industrialized sludgey riffs driving the song alongside some and those lovingly demented vocals taking control of the track while ‘Final Acting Out’ is a full on wall of noise mixed with some choice punked up riffs. The atmospheric ‘Red Shoes’ gears up for an unsettling conclusion before ‘Not For You’ rounds the album off in gloriously berserk fashion. From start to finish this is a furious ride that only lets up with its intensity to unsettle the listener and this works extremely well. 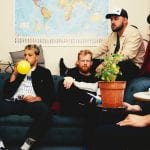