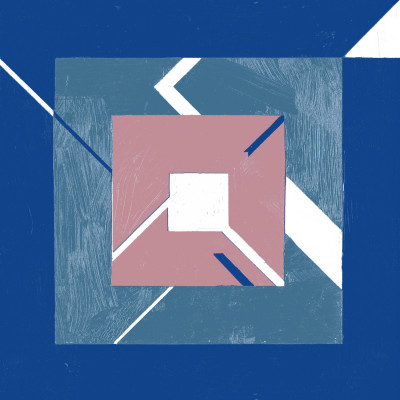 Lines of Sight by Daniel Thorne

Daniel Thorne has been beavering away as the artistic director of the Immix Ensemble. Their Erased Tapes released Transition EP was much lauded but now it is his turn to step into the limelight and release his masterful debut album – Lines of Sight. That his music bears a passing resemblance to that of legendary minimalist composer, Philip Glass, is of no great surprise. Thorne has gone on record to say that this album was:

“inspired by birds-eye aerial images and the idea of perspective – how something incredibly complex like a river or the surface of the ocean is reduced to a simple line or shape when viewed from the heavens. The line between natural and man-made becomes increasingly blurred.”

A statement that could quite easily be a description of the 1982 experimental film Koyaanisqatsi which Glass himself scored.

Musically this comparison is most evident on album opener ‘From Inside Looking Out’. Here we find an angelic chorus. A choir of bold, brassy notes that appear like a rising sun. Sounds climb down from a crescendo before lifting up again into a frantic golden peak. Rapid quivering blasts stretch, soar, and extend. It is like the eager fight for life during childbirth (once you wipe away the blood, screams, and faeces). Soothing notes follow one another. They complement rather than clamour. This is the birth of the universe whipping by in mere minutes. A more rhythmic approach emerges, riddled with hope and optimism as we are blinded by those dazzling sonic rays.

There are other touch points on this record too. ‘From The Heavens’ is reminiscent of brass interplays á la Colin Stetson which have then been overlaid with electronic manipulations that veer from piercing delight to John Carpenter-esque synth strikes. This gives the impression of an 80s slasher being scored by the mentally unhinged. Loops clang and spiral off of one another. They repeat and judder until a cleansing form of salvation swells around the midpoint, bringing order and calm to otherwise volatile sounds. A deft running melody weaves through scrambling bushes and chasing forests. There is something earthy in this. It is not bogged down in mud but respectfully observant of nature’s cycles, movements, and turns

Then, on ‘From the Other Side of the World’, a slower, more mournful, approach evinces Peter Broderick’s Music for Contemporary Dance albeit played on a variety of horns with differing timbres. Deep sonorous rivers fill out a depth beneath the upfront sorrow. This is the musical equivalent of wet eyes looking out across the empty rooftops of a lonely city at night, watching the twinkle of streetlights mesh with the stars.

Elsewhere we are treated to sounds that are simultaneously that of a charge and of melancholic proclamation. Like storming into battle roaring that the king is dead. The valiant fight of the already defeated. Roofs crumble. Beams split and fall. All is to rubble. Thorne’s notes are left to ring out into an aching silence. A desperate void praying for good news. But the tone blasts burst through. Trembles become flashes and sweeps. Rumbles bulge up, vibrating fervently from within. The despair shows and then slows. It is as if the music if working through stages of grief. Layers are peeled back, revealed, discarded. Anger becomes acceptance. Heads and hearts calm.

The theme of nature seems to return on ‘Pyriscence’. The sounds appear to be surveying the smouldering ground following a forest fire. Picking through charred wreckage and ashy limbs. Thorne could soundtrack a film on ecological disasters. These pieces, alone, seem to shriek of climate change. Of the loss, of the beauty, of the seemingly inescapable course of the environment. Sounds frolic like the murmurations of starlings. Or like baby elephants at watering holes. Attenborough wouldn’t go far wrong with hitting up Thorne for some compositional work.

The finale, ‘Fear of Floating, however is a tapestry of bright bubbles being worked out of Thorne’s saxophone. The mechanical clicks and tamping of which are left in as if to provide a clunky percussive accompaniment. Soft metallic slaps that ground these soft, emotive, sighs with a more tangible element. Forget transcendence, this is about emptying the fire from lungs. The notes grow erratic, the pitch shifts. It becomes frenetic, seeks soaring highs that lance, roll, and swerve. It seeks the dramatic climax of the opener but, instead, the notes are left quietly echoing out in a cold cave as the light slowly dies.