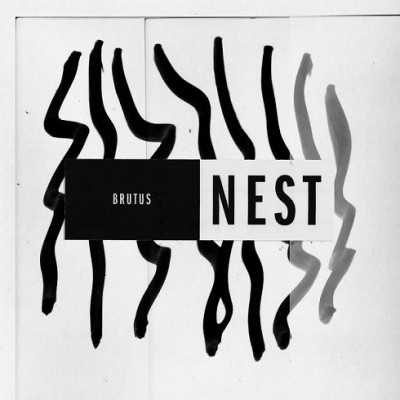 When I first heard Brutus, it was like a breathe of fresh air. Their debut album, Burst, was a vibrant and energetic collection of mesmerising metal, hardcore, post rock and pop. Burst brought the Belgian band a plethora of album of the year accolades and award nominations and there would be tours with Chelsea Wolfe, Russian Circles and Thrice. The band took time away from the punishing touring schedule to record once again with Jesse Gander at his Rain City Recorders studio, in Vancouver. A wise decision as he clearly brings so much to that unique seismic Brutus sound.

Potentially restricted by the limitations of being a trio, Brutus set about making sure that they wouldn’t be in any way compromised as Stefanie Mannaerts brilliantly combines drumming and vocal duties. Her amazing talent is ably matched by two incredibly gifted musicians, Stijn Vanhoegaerden on guitar and Peter Mulders on bass. Much like when Placebo first appeared, the sound that these three create belies their number and each member brings a distinct playing style.

So how to follow up such an amazing debut? Well, it helps when you have enhanced your ability to play and have an inspirational theme to explore. In their own words, describing the meaning behind the album’s title, Nest, Brutus said “From feeling invincible and grooving together through life to eventually losing all that you’ve built. The album Nest is a reflection of everything that came with making choices about ourselves and the ones in our nest”. I’m not sure what life changes the band have had to endure but the PR also adds that “Brutus find their places of comfort to be very different to the ones previously held dear: the nest they started out with is not quite the same one as they stand in today”. I think it important to add this information here as this might explain the sheer emotional force that Stefanie channels throughout this album.

Creeping up on you with sinister intent, opener ‘Fire’ suddenly kicks up dust with Stefanie’s punishing beats, Peter’s propulsive bass and Stijn’s guitars spraying technicolour splatters across the sky. Continuing on with Burst’s merciless and precise combination of metal, punk and pop, this is frenetic and intense and bloody magnificent. Stefanie’s vocals take centre stage again, soaring and swooping like Bjork hopping across hot coals. ‘Django’ stomps out a mighty beat while the guitars rage yet burn with an intense fiery melody that flickers and dances. Stefanie may be mostly indecipherable but the emotions that she brings to the music are forceful and striking. ‘Cemetery’ is a full-on raging beast of a song where not one second is wasted, covering many twists and turns, you come out the other side feeling exhausted but intently satisfied. Stijn delivers a staggering performance in ‘Techno’, showcasing multiple styles with consummate ease as the song pulls intense energy from across a wide range of genres, but still has a dynamic flow that never jars. With a verse melody that is full of hooks and with a blistering chorus to match, ‘Carry’ is the perfect marriage of pop and hardcore that lifts Brutus above so many of their peers. Stefanie excels with some magnificent blast beats for good measure and it’s glorious.

One of the few moments of calm comes at the start of the lead track ‘War’ as Stefanie emotively sings from the depths of the heart, her voice teetering on the edge of destruction. As the song erupts into a furious riot of thrash drums and pile driver riffs, all underpinned by Peter’s commanding bass, it is all consuming. The dynamics of ‘War’ are incredible as the tempo shifts and drops and throughout, Stefanie giving a truly memorable vocal delivery.

The quality only dips slightly on the two shortest tracks on the album. First up is the sketchy ‘Blind’ that is too twitchy and barbed for this reviewer to fully grasp. ‘Space’ is a bumpy stop/start track that soundly refuses to go much further beyond an elongated intro. These two anomalies bookend the stunning ‘Distance’, where sky scraping guitars are ably accompanied by a wondrous melody from Stefanie. Stijn channels The Edge with some beautiful lead lines while Peter’s bass is as deep as the ocean.

The intriguingly named ‘Horde V’ is one of the heaviest tracks, Stefanie climbs all over her kit to create some stick splintering beats. Unfortunately I am a little vexed by the fact that as the intensity of the music rises, there’s a slight dissipation in the melodic content. (Perhaps this less immediate song will grow on me, I’ve only had the promo a few days). Finally, the slow burning ‘Sugar Dragon’ takes the tempo down several notches to allow Stefanie to tenderly sing a melancholic lullaby while Stijn adds in some gorgeous lead lines, that may or may not have been inspired by The Cure in their prime. Clocking in at over 7 minutes the track opens and expands into a grandiose post rock soundscape, bringing the album to a stunning close.

Much anticipated and delivering in supreme style, Nest is a sure fire contender for more of those aforementioned accolades. Comparing albums, there is a clear improvement in the depth of sound, Nest is heavier but actually more melodic than Burst. Stefanie is the real star of the show, with some unbelievable vocal gymnastics and extraordinary percussive skills. I have no doubt that the upcoming tours to promote the album will live long in the memory of those in attendance. Brutus have definitely not disappointed with their follow-up album, no mean feat when you consider that the bar was raised so high with their debut. This is a powerful, emotional and magnificent album, play it loud.