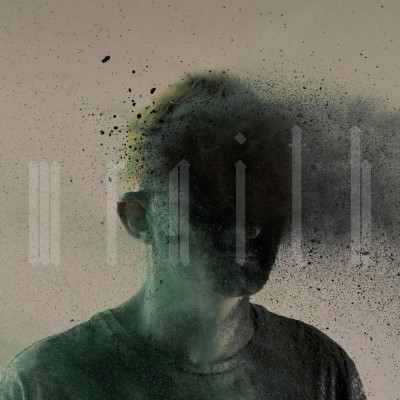 Wraith by Teeth Of The Sea

We’re gonna need a bigger boat. Wraith sees Teeth Of The Sea continue to chart their unique course, sailing further out on stranger tides. The usual guide points are there, it’s very cinematic, there’s a touch of Morricone, they’re lead onwards by Sam Barton’s trumpet. Although the idea of describing them as a psych-rock band seems ever more incongruous and inadequate. They’ve lost drummer Mat Colegate along the way, a concern immediately pushed aside by the tough, splintered beats of ‘I’d Rather, Jack’ cracking right in the centre of your forehead. It’s a feisty opening declaration. ‘Hiraeth’ is a darker, moodier piece with the feel of deserted urban spaces. There’s a heavy Mezzanine vibe and a touch of that Morricone guitar from Jimmy Martin.

It’s been a while since their last album Highly Deadly Black Tarantula, which showed a forbidding ambition to continually stretch themselves. It turned out to be hugely impressive but curiously a little hard to love. Revisiting it now I realise I’ve not felt any need to do so over the past couple of years. If it’s not too glib (it is) Wraith combines elements of MASTER and Highly Dead Black Tarantula together in ever more effective ways. This is what Teeth of The Sea do so well, elegantly threading together disparate musical strands into an invigorating whole. A lot of their stuff should be ridiculous but they make it work. Their deep love of soundtracks allows them to work sounds and ideas into the core of their music rather than just use them as surface decoration or audio shorthand.

Although this album hangs together well as a whole, the tracks here have  quite distinct identities. On ‘Fortean Steed’ we find ourselves in the folk horror mists, called on by an unseen chorus of spectral sirens. They follow that with ‘VISITOR’ an epic sci-fi belter of Carpenter synths that builds and builds until the drums finally come in and it just soars. ‘Her Wraith’ is a calmer more reflective counterpart to ‘Hiraeth’, atmospheric, steady and spacious. The backwards sucking, machine breath sounds on ‘Our Love Can Destroy This Whole Fucking World’ suggest the hospital bedside but are buoyed up by bright synth arpeggios.

The final ‘Gladiators Ready’ is a fight song and a straight up banger. If, as they suggest, the wraith is “a psychic disturbance brought on by societal collapse” then ‘Gladiators Ready’ is a chest beating call to arms, to face the unknown on the front foot. Which seems entirely appropriate when you think about it. Musically Teeth Of The Sea are not sat at home listening to Space Ritual again, they’re tearing across the universe in an unlikely spaceship made of sound and light and fuelled by almost anything they can find. Wraith may well be their best yet, but it also suggests there’s still greater things to come. 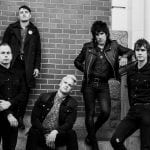 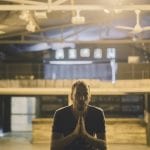