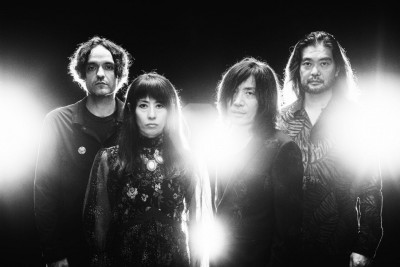 It really has been wonderful 20 years and it was a blink of an eye. We met so many music fans throughout the world and we managed to get to where we are now. For that, we're truly grateful.

It’s hard to believe that it has been 20 years since MONO started their musical journey together. Their music is timeless and evolving. On January 25th, the band released their 10th studio album, Nowhere Now Here and started another world tour. There’s no doubt that they are one of the hardest working bands out there and pretty busy at the moment. Which makes this interview even more special. Honoured by the opportunity, we got a chance to catch up with Taka to talk about the new album, their anniversary and much more.

(((o))): When the band started the writing process for Nowhere Now Here, was the intention to always release the album in 2019, to coincide with the band’s 20th anniversary?

The 20th anniversary and the 10th album together is something I’ve been conscious about for many years now.

(((o))): Looking back to when the band first started to present day, does it really feel like 20 years have passed? Did you imagine then that everything the band has actually accomplished and experienced would come to pass?

In the beginning, we believed the possibility was endless, but the reality was that everything was just difficult. “How can we have our record in all the record stores in the world?”, “how can we tour the world?”, we had no idea. None of us could speak English well, and the internet wasn’t as common then, nor was GPS. We just took a piece of a map and started touring the States.

We even played in NYC’s CBGB about twice, often slept in our car, and stayed in small motels often. If I think about it now, we just did what we could by relying on our youth. They all became our fantastic memories.

It really has been wonderful 20 years and it was a blink of an eye. We met so many music fans throughout the world, and because of all the labels, booking agents and many others who supported us, we managed to get to where we are now. For that, we’re truly grateful.

(((o))): All your albums, including this new release, continue with the theme of light and darkness, both accentuated with contrasting calmness and intensity. This is perfectly and beautifully represented in the new album’s artwork. Who designed the album cover?

The artwork was created by Ahmed Emad Eldin, who’s best known for his work for Pink Floyd‘s The Endless River.

One day, we suddenly received an email from him. It said that he has been a fan and had an artwork attached, which he said was inspired by our old song ‘Nostalgia’. It was a really fantastic piece but I felt that it didn’t fit with the new album’s imagery. I asked him to show me his other work and one of them fit perfectly.

Life is filled with many things; good, bad, beautiful, painful, sad, and happy things. It’s like a dream. No matter what you can’t throw away hope. I felt that this artwork can properly tell these feelings; the light which shines the night.

(((o))): On this album, Tamaki Kunishi made her singing debut, which is quite beautiful and haunting. What inspired her to want to sing on this album and can fans expect more of this on future albums?

With ‘Breathe’, there was something I really wanted to tell with words.

In recent years as the band grew and more people got involved, we started to have annoying business issues which are completely far from creativity, and because of their egos, we got really tired to the point of not being able to breathe. From such an out of control situation, we wanted to express our determination “we’re going to cut the past and move towards the new surface” with a song and lyrics.

When I told Tamaki that I wanted her to sing, she was very surprised, but I was convinced that she would be the only one who will be able to properly express these words by singing.

As a result, her singing was more beautiful than I imagined. I feel that it turned out to be something that really echoes in people’s hearts.

(((o))): Being a fan of synth sounds, I really loved the addition of synth layers on this album. What prompted/inspired the use of synths?

For this album, I used a lot of electronic elements. This was inspired from working with John McEntire of Tortoise and The Sea and Cake for my solo project Behind the Shadow Drops in 2017, and I also had a lot of different inspirations and ideas that are different to the band’s sound this time around.

I wanted to try creating an original unique worldview much like one of my longtime favourites Philip Glass’ early works.

(((o))): This album also saw the band’s first-ever lineup change with Yasunori Takada leaving and Dahm Majuri Cipolla coming in. How did the initial change affect the band and how did Cipolla come to be the new drummer for the band?

Dahm is an American and lives in the US, but by him joining the band, the band’s sound itself changed. He truly is a fantastic drummer.

The new songs were written before we met him, but it felt like they were waiting for him to arrive, and the sound was exactly what we were looking for.

Expressing the new album’s energy, vitality and power were definitely not possible without him.

(((o))): I find that a lot of instrumental music draws inspiration from classical music, especially MONO. I’ve read that Beethoven is your biggest influence. What other composers/artists have influenced the band’s writing style?

I’m also influenced by many artists such as My Bloody Valentine, Ennio Morricone, Arvo Part and more.

(((o))): Looking back over the past 20 years, it seems that the popularity of instrumental music has become more pronounced in recent years. Would you say that the instrumental rock genre has fallen prey to the same commercialism as pop music has, where the focus might be less on the music and more on the business side of things?

You’re right. I feel that that the scene is now overflowing with something you’ve heard somewhere before. When you just listen to them as well, they’re not badly made so it also feels harmless. It’s like they just took the atmosphere and went “something like this?”, so I feel that there are not many that will truly move you.

I always think this to myself but I want to remain a musician and for us to remain as a band that has an individuality like if this artist dies, this music will no longer exist.

(((o))): If you could offer advice to an instrumental band starting out, what would it be?

Probably something like, make the amp full volume, haha.

(((o))): MONO is one of the most hardworking bands I know; having toured the world and recorded continuously, with maybe one or two years of breaks in between. Considering all the cities you’ve been too, is there one that stands out?

We’ve so far played in 57 countries but our recent visit to India is unforgettable.

3 young kids with barely any clothes came up to us and asked us for some money. I think they were just about 7 years old. Regardless of the reasons, the fact that the kids have to do such things alone made me feel really sad.

(((o))): What is the one thing you dislike the most and love the most about touring?

I think the most amazing thing is to be able to share directly with our fans in the world through our live, and the hardest things would be you won’t be able to see your family and friends, of course moving, and the fact you lose your private time.

(((o))): You have already started your tour in support of this new album (I’ve actually bought my tickets to your Montreal show.). I believe Emma Ruth Rundle will be joining the band on its North American leg. What other artists will be joining the tour?

For our next North American tour, our plan is to tour with just Emma Ruth Rundle.

(((o))): What can fans expect from the band after the tour has completed?

I can’t say anything about this yet but because this year is our 20 year anniversary, we plan to do something special from Autumn to Winter. Please look forward to it.

That would be Reverb, Delay and Fuzz.

Thank you so much!
Taka