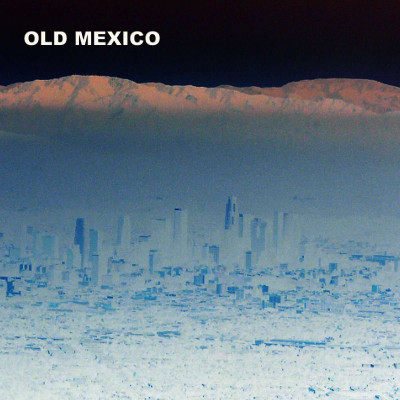 Anybody who even remotely follows the neo-psychedelic scene will or, to be more precise, should know Dead Meadow. Anything that could be remotely connected to psych rock is in the mix there. But what happens when a staunch psycher like Jason Simon, Dead Meadow’s frontman, throws in a few more things, or should we say, wrenches into the mix?

We get Old Mexico, the self-titled album by the trio of the same name, again fronted by Simon that includes Trans Van Santos, aka Mark Matos and drummer Dave Mihaly, who came to the trio mainly from his jazz background. As Simon puts it himself, the idea for the band was born when he was invited in 2016 to perform at the Family Folk Explosion in San Francisco. He took several unrecorded and solo songs and along with Van Santos placed them in a more relaxed, jazzier context.

And that is exactly what we get on Old Mexico. Some form of other of a very relaxed jazzy psych, a cross between Grateful Dead’s From The Mars Hotel and Neil Young’s soundtrack, for Jim Jarmusch’s Dead Man. Go no further than the 14-minute opener ‘Past The Western Wall’. But then, the trio goes further in the relaxed psych territory, of ‘Stellar Jay’ or the more electrified ‘The Old Ones’, still, no fuzz or acid in sight. A lot of flowers though.

Simon says (don’t know how the song of the same name would sound as interpreted by this band) that it all is a matter of interpretation and that the songs on the album are as if Old Mexico are interpreting the songs of their main bands.

Ok, this may be just a side project for these guys, but based on the quality of this album, maybe they should consider making Old Mexico a more regular project.