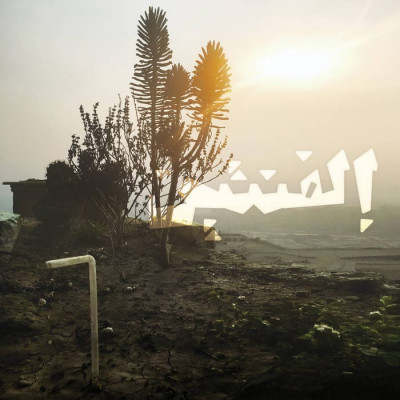 Whatever the results of political and social uprisings in Egypt were, there is an obvious new music scene developing there, particularly in the country’s capital Cairo. The name that is obviously on everybody’s lips in the Western part of the world these days is Nadah El Shazly, but after Elephantine, the new, third solo outing by composer/performer Maurice Louca, his name should certainly be remembered.

Not that Louca’s previous two efforts didn’t go unnoticed, particularly in the music press that follows the more avant-garde/jazz/post-rock/modern classical circles, it is just that Elephantine is such a consistent and musically fulfilling work. And it is not that I mentioned all those genre’s followed by music press by chance, because Louca, frankly, covers them all here.

From the Sun Ra influenced opener ‘The Leper’ (the legend’s visit to Egypt in the Seventies obviously left its trace), through Moondog-like swirls combined with Mid-Eastern touches of ‘Laika’ or John Fahey plays with Art Ensemble of Chicago of ‘One More for the Gutter’ and on, Louca covers an immense musical ground through his six compositions on the album. The sudden introduction of vocals and traditional Arabic instrumentation on ‘The Palm of a Ghost’ only tops the cake.

Starting out as an MTV lover in his youth and then expanding his musical horizons to almost any other musical form shows, and what is even more fascinating is that even if you can hear where these influences come from, Louca is able to present everything as his own musical vision. The need to cover such a vast musical space also demanded that Louca engage musicians from a number of countries (Italy, Iraq, Sweden, Turkey, and Denmark, actually), making Elephantine varied in every aspect of that word.

What Maurice Louca and his Elephantine album bring is yet another set of inventive musical twists into the field of avant-garde/experimental music.