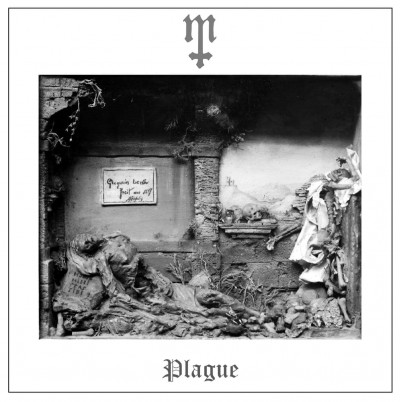 APF Records have spent the last couple of years releasing albums by some of the U.K.’s finest underground metal acts. With this in mind, it seems fitting that the debut full length from Kingston Upon Hull’s Mastiff comes from that very label, as the band have built a huge reputation as one to watch, and this new release more than backs that up. Everyone was expecting something nasty, miserable and hateful, and they haven’t let anyone down.

Opener ‘Hellcircle’ is a perfect slice of what is to come, after a tortured soundscape, it’s straight into the irate discordance that flows through the full half hour of this release. The guitars of Phil Jonson and James Lee really set the tone, with their filth soaked riffs covering almost every second of this release, ‘Bubonic’ has as much malicious intent as anything I’ve heard in a long while. A bludgeoning tune, with bursts of hardcore energy and a range of different tempos. There’s a lot more going on with this track than you really pick up on first listen. ‘Brainbleed’ opens up with a ‘Heartwork’ era Carcass riff before slowing down and fading out into white noise.

‘Quarantine’ and ‘Vermin’ slows the pace a little but that doesn’t mean there is any let up. If anything it gives the album a more contemplative, sinister feel for a few minutes. The latter building towards a huge close. ‘Torture’ brings this respite (well… not exactly, but it’s as close as you get on this release) to a close as it the tempos speed up and you are once again hammered into submission by Michael Shepherd’s masterful blast beats. ‘Weep’ ramps up the pace again back up to its max until it leads you back to the haunting soundscape where we started this journey. Closer ‘Black Death’ takes the live feel of the album that little bit further, with the nine-minute track recorded in just one take opening up the three or four minute tracks that have gone before and pushing Jim Hodges’ vocals to the very limit. By the end of it all, you know you have been through something.

Albums like this should come with a warning. When playing this record, make sure that breakables and the more fragile humans in your household are well out of reach. You need to be ready to listen to shit like this. Also the type of record that you may need a few minutes of peace afterwards to bring you back to your surroundings safely again. The band describe the album as “8 tracks of mutable anger, raw power and bitter resignation” and that sums it up perfectly. There is an energy present on the album that few albums capture so completely. The fact that is was recorded live really helps the atmosphere, and really grabs the listener and drags them down to its own disgusting sludge covered bliss.