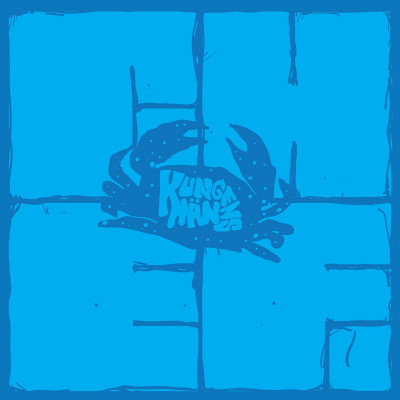 You never quite know what to expect with Kungens Män, which makes each album release something of an event for fans. Purveyors of some of the best psych available on this fair world, they never stand still long enough for boredom to catch up with them. Progressively searching for different ways to present their music, they often explore multiple avenues on the same album.

After the excellent Fuzz Pa Svenska, which was firmly rooted in free-form jazz excursions, it’s a somewhat down to earth approach taken with new album Chef. That’s not to say there is anything straightforward about it though, and what we do get over the course of four tracks is some rather excellent deep space rock mixed with dubby explorations.

‘Fyrkantig böjelse’ opens proceedings in a suitably metronomic way, ushering in an exemplary definition of how krautrock should be played out. It takes all the classic tropes and redefines it in only the way that Kungens Män know how. Full of ominous synths, searching guitars, and the funky rhythm, it pulls you forward on its path whilst keeping all options open as to where it is going to end.

Second track ‘Öppen för stängda dörrar” is a much dubbier affair which explores the space between the music. A slow beat unfurls over a continuous guitar but it’s the bursts of spaced out synth noises which offer something much more alien. Offering no kind of structure whatsoever, its pure weirdness pulls you in and keeps you interested. As it reaches its climax, it almost feels like the air around you is going to explode, such is the presence of the music.

If ‘Öppen för stängda dörrar’ doesn’t quite explode, you may well be checking your surroundings after ‘Män med medeln’, which positively tears a new hole in the time/space continuum. Charging out of the pits, it doesn’t let up for 9 minutes of pure unadulterated riffs. Of course, being Kungens Män, there is a high degree of intelligence about this, and every moment is perfectly placed for maximum effect. It’s a scorching reminder of how good the band are, when they fire on all cylinders.

Finally ‘Eftertankens blanka krankhet’ is a considered move into hypnotic territory, as it slowly caresses your mind with its repeated motif. Over the top, the instruments vie for attention, but never in an obtrusive, and as the track progresses, they create a colourful accompaniment over the hypnotising thread.

Once again Kungens Män have delivered an album which is satisfying on so many levels. From pure psychedelic freak out, to exploratory ramblings, and all imbued with a sense of communal priority to create together a work of immense intelligence, Chef is an album which begs for continued listens and deep immersion. That it is so accessible too, makes that genius shine through even more so. Superb.